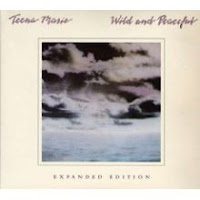 Today (March 5th) would have been the fifty-sixth birthday of American singer-songwriter and producer Teena Marie. She passed away on December 26th, 2010.

At age twenty, the California born singer was introduced to a producer working for Motown where she recorded some demos. Rick James who was also with Motown was impressed by her sound and decided to co-produce her debut (along with Art Stewart). Teena’s debut album Wild and Peaceful was released on that famed record label on March 31st, 1979. It did fairly well, going to number 94 on the US Billboard Hot 200 and number 18 on the US R&B charts.


Side one starts with “I’m a Sucker For Your Love”, a duet between Teena and Rick. As the first single, it reached number 102 on the US Billboard Hot 200, number 8 on the US R&B charts and number 43 in the UK. Rick and the backing group called the Colored Girls lay out the groundwork with the chorus at the start, letting Teena make her grand entrance on the first verse. I love the rich arrangement on this one, from the full-blown horn section to the synthesized dance groove. It certainly opens the record on a strong note.

Next we slow things down a bit with “Turnin’ Me On”. This sweet and sexy love song really allows Teena’s voice to shine as she holds those long, high notes and harmonizes with the backing singers. I totally am into the saxophone solo in the later part of the track.

The second single “Don’t Look Back” reached number 91 on the US R&B charts. This track was originally written by Smokey Robinson and Ronald White for the Temptations back in 1965. In 1978, Peter Tosh recorded a popular reggae version of the song. Teena’s cover has a funky dance groove which allows her to do some fun vocal runs. I really like the way this one sounds; it makes me want to dance about the room and lose myself in the music.

Side two opens with the gentle waves and the hypnotic flute of “Déjà vu (I’ve Been Here Before)”. The song creates a very rich, dreamy backdrop for Teena’s powerful vocals.

Marie had a hand in the writing of the next track, along with Michelle Holland. “I’m Gonna Have My Cake (And Eat It Too)” features the jazzy keyboards of Clarence Sims and saxophone of Daniel Le Melle. Teena makes this musical style look effortless with her masterful lyrical delivery.

The album closes with the mid-tempo ballad “I Can’t Love Anymore”. Teena really conveys the sorrow and emotion of the lyrics as she tells the tale of heartbreak. I get chills up and down my spine when she hits some of the notes on this song.

Even though the original album has only six tracks (the expanded CD version added two more songs - “You Got the Love“ and “Every Little Bit Hurts), there is a lot of music here. The shortest track is five and a half minutes long with the longest clocking in at over seven and a half minutes in length.

While I was a fan of Teena’s 80’s work, I was not as familiar with Wild and Peaceful. That changed just a little over a year ago when I downloaded it for my collection. Since then I have listened to the album about a half dozen times, and I am picking additional things every time. It is a fantastic debut album whose music holds up very well. And it also showed the incredible wealth of talent that Teena Marie had to share.
Posted by Martin Maenza at 4:30 AM

Nice post. I remember it well. Junior year of HS. My friend Bobby Konders and I used to hitchhike from Easton, PA to Allentown, PA to buy records. "I'm Just a Sucker For Your Love" was all over WDAS in Philadelphia. I bought the album and was it was the start of a love affair that is still much alive today. I remember thinking this girl must be dog ugly that they didn't put her picture on the cover. lol. I could go on and on about Teena Marie. Thanks for the post!