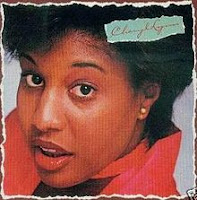 Lynn got her start as a professional singer as a backing vocalist in the touring company of The Wiz and moved up to the role of Evillene (the wicked witch) for six months on the national tour. She also appeared in an early 1976 episode of the Gong Show where she won with a performance of Joe Cocker’s “You Are So Beautiful”. When the episode aired, she got a call from a record company who was interested in signing her to a contract.


Her debut album, the self-titled Cheryl Lynn, was released in 1978. It reached number 23 on the US Billboard Top 200 album chart and number 5 on the Billboard R&B charts, eventually selling over a million copies.

Side one opens with the smash hit “Got to Be Real”. Co-written by Lynn, David Paich of Toto, and David Foster, this single went to number 70 in the UK, number 12 on the US Billboard Top 40, number 11 on the US Dance charts and number 1 on the US R&B charts. This one is a signature disco classic with an instantly recognizable opening. I have always loved the groove laid down by the guitars, pianos, percussion and horns. And Lynn has such a powerful voice. All together, it is like lightning in a bottle and guaranteed to put me in a great mood. Just listening to it takes me back do dancing around my bedroom as an early teen, working out dance steps as the song played on the radio.

Lynn wrote the next track “All My Lovin’”, so it is perfectly suited to her vocal range and style. The song has a funky rhythm that snakes along beneath her soaring voice. I love how it builds in intensity as the track goes along. This one really showcases Lynn’s R&B chops.

The second single from the album was “Star Love”; it only reached number 62 on the US Billboard Hot 100 yet it made it to number 16 on the US R&B charts and number 11 on the US Dance charts. This one starts out slow and sweet but don’t be fooled. This seven-and-half minute takes off into an all-out dance across the heavens.

“Come In From the Rain” was composed by Carole Bayer Sager and Melissa Manchester, appearing on Sager’s 1977 debut album. Lynn’s cover here goes for a smooth, sultry sound with a hint of jazz to it.

Side two starts with “You Saved My Day”, another track that played well in the dance clubs back in the day. The studio released this track, with its clap along chorus, as a twelve inch single.

Lynn co-wrote “Give My Love to You” with Ray Parker Jr. who also plays guitar on the album. This one pulls back a bit on the heavier backing orchestration and lets the vocals and guitars take the forefront here.

“Nothing You Say” is also a track solely written by Lynn; it is a stripped down, slow jam with plenty of attitude. I like the sentiment here: a woman who is so in love with her man that nothing he can do will change her mind.

Lynn co-wrote “You’re the One” with John Footman. It too is a slower ballad and it really highlights Lynn’s voice well.

The album closes on the slow note with “Daybreak (Storybook Children)”. Lynn’s voice sweeps on this song about spending the entire night talking until the sun comes up with someone she just met. But sadly she must leave him to return to her real life with another.

In 1978, I was thirteen years old and all into disco music. Cheryl Lynn is certainly full of plenty of goodness from that genre. The compositions are tightly performed with sharp, slick production value. Lynn’s voice is so strong and confident that many seasoned veterans would have killed to be able to do what this twenty-one year old was doing. She makes it look easy.
Posted by Martin Maenza at 4:30 AM

Email ThisBlogThis!Share to TwitterShare to FacebookShare to Pinterest
Labels: 70's, Cheryl Lynn, disco, Got To Be Real, music