Book Review: In On the Joke 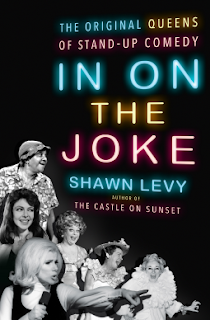 Today, women are ascendant in stand-up comedy, even preeminent. They make headlines, fill arenas, spawn blockbuster movies. But before Amy Schumer slayed, Tiffany Haddish killed, and Ali Wong drew roars, the very idea of a female comedian seemed, to most of America, like a punch line. And it took a special sort of woman—indeed, a parade of them—to break and remake the mold.

In on the Joke is the story of a group of unforgettable women who knocked down the doors of stand-up comedy so other women could get a shot. It spans decades, from Moms Mabley’s rise in Black vaudeville between the world wars, to the roadhouse ribaldry of Belle Barth and Rusty Warren in the 1950s and '60s, to Elaine May's co-invention of improv comedy, to Joan Rivers's and Phyllis Diller’s ferocious ascent to mainstream stardom. These women refused to be defined by type and tradition, facing down indifference, puzzlement, nay-saying, and unvarnished hostility. They were discouraged by agents, managers, audiences, critics, fellow performers—even their families. And yet they persevered against the tired notion that women couldn’t be funny, making space not only for themselves, but for the women who followed them.

Click here to read more>>
Posted by Martin Maenza at 7:22 AM No comments: 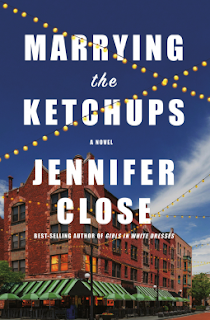 Here are the three things the Sullivan family knows to be true: the Chicago Cubs will always be the underdogs; historical progress is inevitable; and their grandfather, Bud, founder of JP Sullivan’s, will always make the best burgers in Oak Park. But when, over the course of three strange months, the Cubs win the World Series, Trump is elected president, and Bud drops dead, suddenly everyone in the family finds themselves doubting all they hold dear.

Take Gretchen for example, lead singer for a ’90s cover band who has been flirting with fame for a decade but is beginning to wonder if she’s too old to be chasing a childish dream. Or Jane, Gretchen’s older sister, who is starting to suspect that her fitness-obsessed husband who hides the screen of his phone isn’t always “working late.” And then there’s Teddy, their steadfast, unfailingly good cousin, nursing heartbreak and confusion because the guy who dumped him keeps showing up for lunch at JP Sullivan’s where Teddy is the manager. How can any of them be expected to make the right decisions when the world feels sideways—and the bartender at JP Sullivan’s makes such strong cocktails?

Click here to read more>>
Posted by Martin Maenza at 8:51 PM No comments: 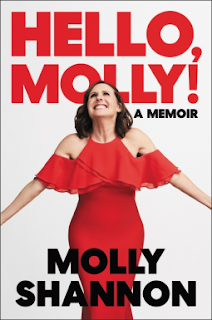 At age four, Molly Shannon’s world was shattered when she lost her mother, baby sister, and cousin in a car accident with her father at the wheel. Held together by her tender and complicated relationship with her grieving father, Molly was raised in a permissive household where her gift for improvising and role-playing blossomed alongside the fearlessness that would lead her to become a celebrated actress.

From there, Molly ventured into the wider world of New York and Los Angeles show business, where she created her own opportunities and developed her daring and empathetic comedy. Filled with behind-the-scenes stories involving everyone from Whitney Houston to Adam Sandler to Monica Lewinsky, many told for the first time here, Hello, Molly! spans Molly’s time on Saturday Night Live—where she starred alongside Will Ferrell, Adam Sandler, Cheri Oteri, Tracy Morgan, and Jimmy Fallon, among many others. At the same time, it explores with humor and candor her struggle to come to terms with the legacy of her father, a man who both fostered her gifts and drive and was left with the impossible task of raising his kids alone after the loss of her mother.

Witty, winning, and told with tremendous energy and heart, Hello, Molly!, written with Sean Wilsey, sheds new and revelatory light on the life and work of one of our most talented and free-spirited performers.

Click here to read more>>
Posted by Martin Maenza at 4:51 PM No comments: 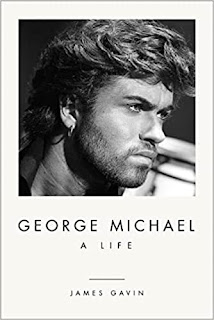 George Michael was an extravagantly gifted, openhearted soul singer whose work was both pained and smolderingly erotic. He was a songwriter of true craft and substance, and his music swept the world, starting in the mid-1980s. His fabricated image—that of a hypermacho sex god—loomed large in the pop culture of his day. It also hid—for a time—the secret he fought against revealing: Michael was gay. Soon his obsession with fame would start to backfire. As one of the industry’s most privileged yet tortured men began to self-destruct, the press showed little sympathy. George Michael: A Life explores the compelling story of a superstar whose struggles, as well as his songs, continue to touch fans all over the world.

Acclaimed music biographer James Gavin traces Michael’s metamorphosis from the shy and awkward Georgios Kyriacos Panayiotou into the swaggering, dominant half of the leading British pop duo of the 1980s Wham!; he then details Michael’s sensational solo career and its subsequent unraveling. With deep analysis of the creative process behind Michael’s albums, tours, and music videos, as well as interviews with hundreds of his friends and colleagues, George Michael: A Life is a probing, definitive portrait of a pop legend.

This biography will be available everywhere on June 28, 2022. I was given the opportunity to review an early galley from the publisher Abrams Press in exchange for an honest review.

Click here to read more>>
Posted by Martin Maenza at 6:37 AM No comments: 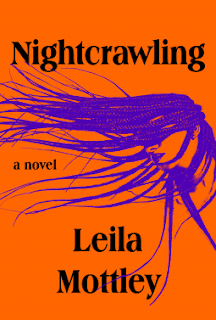 Kiara and her brother, Marcus, are barely scraping by in a squalid East Oakland apartment complex optimistically called the Regal-Hi. Both have dropped out of high school, their family fractured by death and prison. But while Marcus clings to his dream of rap stardom, Kiara hunts for work to pay their rent—which has more than doubled—and to keep the nine-year-old boy next door, abandoned by his mother, safe and fed. One night, what begins as a drunken misunderstanding with a stranger turns into the job Kiara never imagined wanting but now desperately needs: nightcrawling. And her world breaks open even further when her name surfaces in an investigation that exposes her as a key witness in a massive scandal within the Oakland Police Department.

Full of edge, raw beauty, electrifying intensity, and piercing vulnerability, Nightcrawling marks the stunning arrival of a voice unlike any we have heard before. This debut novel by Leila Mottley comes out on June 7, 2022. Knopf Doubleday Publishing provided me an early galley in exchange for an honest review.

Click here to read more>>
Posted by Martin Maenza at 4:01 PM No comments:

Book Review: The Siege of X-41 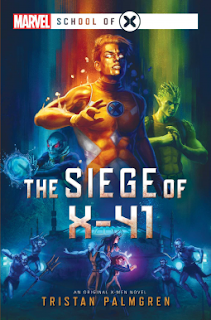 Once, Joshua Foley hated mutants, then he became one. It’s… problematic. When his healing powers manifested, the violent anti-Mutant Reavers rejected him and only the X-Men offered sanctuary. Now he’s surrounded by mutants who still see him as their enemy. A deep-sea training mission isolates him with a select team of new X-Men, which is bad enough, but then the attacks begin. A sect of sea monster-worshiping vampire mermen besiege the base, leaving them stranded and trapped. As the attacks escalate, their chances of survival plummet. Things go from awful to even worse when one of their team begins sabotaging their attempts to call for help, all in the name of a sleeping behemoth soon to awake…

Thanks to the publisher, I had the opportunity to read an advance of this adventure which hits bookstores on May 3rd of 2022.

Click here to read more>>
Posted by Martin Maenza at 4:52 PM No comments: 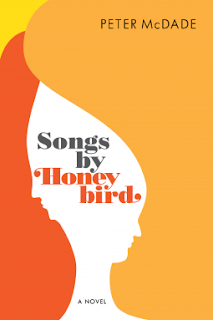 Atlanta couple Ben and Nina were supposed to move in together and start their happy ever after, but when Nina tells Ben her dog, Sid, can talk, Ben can’t believe her and their romance unravels. Alternating between Ben and Nina’s POVs, Songs by Honeybird follows the once-happy couple as they cope with the end of their relationship: Ben dives headfirst into research for his dissertation on the history — and mystery — of Honeybird, the South’s first integrated rock band, and Nina tries to reckon with her talking dog, as he puts into question the events surrounding her father’s death. Will the buried secrets of the past bring Ben and Nina back together — or will the secrets they uncover forge for them entirely new paths? Accompanied by a soundtrack of original songs, Songs by Honeybird is a novel about what can begin after a relationship ends.

This new novel by Peter McDade is scheduled for release on March 29th, 2022. His publisher Wampus gave me the opportunity to get an early look for an honest review.

Click here to read more>>
Posted by Martin Maenza at 4:29 PM No comments: