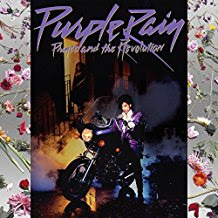 This week saw the release of a deluxe, expanded edition of Purple Rain, Prince's 1984 super-smash soundtrack album for the film of the same name. Frequent visitors to the blog know I have reviewed this previously (click here for my full album review). Of course, this new version features a re-mastered version of that classic album, done by Prince himself back in 2015 before his passing last year. That disk sounds amazing - certainly much better than the 1990 CD version I own. This reminds me more of the sound I had from that original vinyl in 1984.

But this release has so much more.

Click here to read more>>
Posted by Martin Maenza at 10:53 AM No comments: