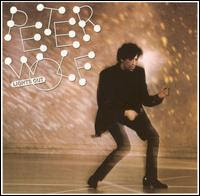 In 1984, in between gigs with the J. Geils Band, Wolf recorded his first solo album with co-producer Michael Jonzun of the Jonzun Crew (an electro-funk hip-hop group). He also got some musical help for Maurice Starr, Mick Jagger and the P-Funk Horns on some of the tracks. The resultant record Lights Out reached number 24 on the US Billboard Album chart.


Side one begins with the title track. “Lights Out” went to number 12 on the US Billboard Top-40 and number 11 on the US Dance charts. This high-energy, good-time song has a great beat and an infectious guitar riff. It hits you head on right from the start and does not let you go for four and half minutes. Back in the day, I had this one on a 45 and played it a lot. It was very popular at the bars and college parties I would go to as well. I think it is one of those 80’s songs people have forgotten about but are glad when they hear it again.

“I Need You Tonight”, the second single, went to number 36 on the Billboard Top-40 and number 22 on the US Mainstream Rock charts. I like the mix of the guitar and the synthesizers at the beginning of this one. Wolf pleads with his date to not let the night end on her doorstep. I remember this one being on the radio as well during the fall of 1984; I’m surprised it didn’t catch on more than it did.

“Oo-Ee-Diddley-Bop!”, the final single, only reached number 61 on the US Billboard Hot 100. This one has a very solid dance groove to it with Wolf delivering a rapid-fire rap.

“Gloomy Sunday” was composed in 1933 by Rezső Seress, a Hungarian pianist, with lyrics by poet László Jávor. The first English version was by Hal Kemp in 1936, with lyrics by Sam M. Lewis. Billie Holiday recorded a version in 1941. Wolf’s version sticks with the very maudlin mood, which is kind of out of place, for me, after the first three songs.

Things pick right back up though with “Baby, Please Don’t Let Me Go”, a mid-tempo number that calls to mind the hey-day of Motown.

Side two kicks off with “Crazy”; as the third single it went to number 26 on the Mainstream Rock charts. This one bounces along at a fair tempo as Wolf slowly loses it.

He goes with another genre on “Poor Girl’s Heart”, a track that shows Wolf can deliver reggae with relative ease. This song was the B-side to the single “Lights Out”.

“Here Comes That Hurt” has a classic rock feel to it thanks to some doo-wop rhythms and vocals.

Wolf gets a little help from Mick Jagger on “Pretty Lady”, an ode to a lovely woman. The voices of these two veteran rockers really harmonize together well.

“Mars Needs Women” mixes in radio squelches with a sci-fi theme. This quirky track is about aliens from the fourth planet coming to Earth to repopulate their species. It is kind of fun in a strange way.

The techno-dance driven “Billy Bigtime”, the B-side to the single “I Need You Tonight”, closes out the album.

Lights Out has a lot of things going for it. There are some great grooves that fit in perfectly with the changing music scene of the mid-80’s. Peter Wolf also shows his depth of music appreciation with a variety of sounds, most of which play well off one another as you go from cut to cut. When this one came out in 1984, many of these songs fit right in to the music I was into at the time (club, dance music).
Posted by Martin Maenza at 4:30 AM