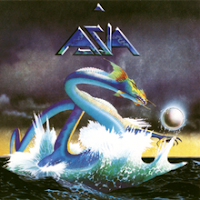 In 1981, a British rock super group was formed with members from a number of former progressive rock bands. Keyboardist Geoff Downes was a member of Yes and the Buggles. Guitarist Steve Howe was a member of Yes, GTR and Tomorrow. Drummer Carl Palmer was a member of Emerson, Lake & Palmer, and Atomic Rooster. Lead singer, bassist and guitarist John Wetton had previously been a part of King Crimson, Uriah Heep, and Roxy Music. Together, the quartet became known as Asia.

On March 15th of 1982, thirty years ago from today, the group released their self-titled debut Asia. The record went multi-Platinum in the US and Gold in the UK. Chart-wise, it reached number 15 in Japan, number 11 in the UK and number 1 on the US Billboard Hot 200 chart (it spent seven non-consecutive weeks at the top spot). In fact, Billboard has gone on record to say that it was the best-selling album in the US for the year of 1982.


Side one opens with “Heat of the Moment”, the first single from the album. It went to number 46 in the UK, number 7 in Germany, number 4 on the US Billboard Top 40, and number 1 on the US Mainstream Rock charts. The song opens with a guitar riff that any of us 80’s teens knew instantly. I’ve always liked how Palmer’s drums that come in at the second verse mimic perfectly a beating heart in this tune about passion. As my favorite track on the album, it gets things started off on the right foot.

As the third single, “Only Time Will Tell” went to number 54 in the UK, number 50 in Germany, number 17 on the US Billboard Top 40, and number 8 on the US Mainstream Rock charts. I love how Downes makes the keyboards sound like a trumpet fanfare throughout the song. It gives it a big, dramatic flare to mirror the lyrics about relationship melodrama.

“Sole Survivor”, the fourth single, went to number 91 in the UK, number 75 in Germany, and number 10 on the US Mainstream Rock charts. This track, coupled with the first two, create an amazing set of hit music. In fact, the album rock stations often would put them together for their rock-block weekends. They are all songs I would sing along to whenever they came on the radio.

“One Step Closer” is up next. The tempo and intensity are a bit more subdued than the rest of the tracks that preceded it.

“Time Again”, the B-side of the third single, went to number 43 on the US Mainstream Rock chart. The music here takes a bit of a more ominous tone and then a thundering tempo. It is the one track on the album that is credited to all four of the band members, a truly collaborative effort.

Side two begins with “Wildest Dreams”, a track that went to number 28 on the US Mainstream Rock chart. I like how the drums and guitars build on the opening of this commentary on military influence.

Things slow down a bit with the ballad “Without You”, a song about separation.

“Cutting It Fine” is up next. It features some fancy guitar work.

The album closes with “Here Comes the Feeling”, the B-side of the fourth single which went to number 40 on the US Mainstream Rock chart. The song is about how old feelings can come back instantly when you’re reunited with someone from your past with which you had such a strong connection.

For me, Asia will always remind me of high school. Listening to it instantly takes me back to those days in 1982 where I was finishing up my junior year and getting ready for my senior year. This was an album we heard all over the radio, both Top 40 and rock station; it was also an album a lot of households with high school or college aged kids had (my older brother had a copy on vinyl). It might be a little dated with its sound, but it was a very cohesive musical package that is worthy of a listen every now and again.
Posted by Martin Maenza at 4:30 AM

I played the hell out of this album when it first came out. Believe it or not, I just bought the CD at Besy Buy this week for 5 bucks.

I have picked up some great CDs at Best Buy in their $5 bin of late.

These guys made some catchy rock and roll. I think they fell into that John Gilbert zone because they were breaking big just at the start of MTV.

It's too bad. They're good.