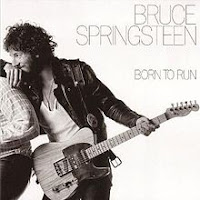 In 1975, Bruce Springsteen released his third studio album, the hugely successful Born to Run. The record helped him break through to a more national and international audience. It was his best selling record up to that point in his career, going Platinum in the UK, Canada, Australia and the US (a number of times over in the later three). It debuted its first week on the US Billboard 200 album charts at number 84, moved to number 8 the following week, spent the next two weeks at number 4 and finally reached number 3 by its fifth week of release. The 30th anniversary edition released in 2005 reached number 18 on the same charts. The album was also a critical success, earning high marks from numerous music publications. Rolling Stone magazine ranked it number 18 on its list of the 500 Greatest Albums of All-Time. VH-1 ranked it at number 27 on its Greatest Albums of All-Time list. Many fans consider it one of Springsteen's greatest works to date.


Side one rolls out with "Thunder Road", which Rolling Stone magazine ranked at number 86 on its list of the 500 Greatest Songs of All-Time. The lyrics tell of a girl named Mary and her boyfriend trying to make their big break. I really like the piano parts at the beginning of the song through the first verse; it takes me back to simpler times of my youth.

"Tenth Avenue Freeze-Out", the second single, only reached number 83 on the Billboard Hot 100. The song loosely tells of the formation of the E Street Band. I have always been a fan of the swing to the rhythm of this one - hearing it puts me in a positive mood.

"Night" celebrates the end of the workday and the joys that come with a night of car racing and pursuit of the perfect girl. This is easily my least favorite track on the first side if not the whole album. It just doesn’t do much for me.

"Backstreets" opens with a minute long keyboard overture by Roy Bittan, setting a tone full of strength and confidence. When the guitar melody comes in, it provides a sharp contrast. The lyrics then tell of how this relationship between boy and girl is complicated by the arrival of another guy. The piano really makes this song for me.

The title track opens side two. "Born to Run" was the first single from the album and it reached number 23 on the Billboard Hot 100. Rolling Stone magazine ranked it at number 21 on its list of the 500 Greatest Songs of All-Time. The lyrics sum up the desperation of teenaged years and the burning desire to escape. This universal feeling helped Springsteen to connect to the youth audience of the 70's and beyond. I know we all connected to this one in high school, seven years after the fact. It has such an epic sound to it, with how it explodes from your speakers. Timeless.

"She's the One" was the B-side to the "Tenth Avenue Freeze-Out" single. The song tells of a deep attraction to a woman who is beautiful but also trouble. He knows that she's wrong but feels that there is a chance that she could change. It sums up the often blinding power of love quite well. I like the catchy keyboards that dance in the background on this one and how the rhythm blasts on the second verse.

"Meeting Across the River" served as the B-side to the "Born to Run" single. It features Randy Brecker on trumpet and jazz great Richard Davis on piano and bass. Bruce’s vocals match well to the backdrop they have painted for him. The lyrics tell of a two-bit criminal looking for that final big chance. The song is a nice narrative segue way into the final track of the record.

"Jungleland" closes out the album in an epic fashion, clocking in at just over nine and a half minutes. It opens with the mood-setting violin by Suki Lahav with piano accompaniment by Bittan. The lyrics tell the tragic tale of a love affair amid the world of gang violence of the big city. The song ends on a very down note, with the guy gunned down and his life/death having such little impact. I very much enjoy the saxophone solo by the late Clarence Clemons on this one.

I was a mere ten years old and still in Elementary school when Born to Run was initially released in 1975. My older brother, who was about to enter high school at the time, was a bit closer to the target audience. By the time the decade had ended though, he was very much into all of those early Springsteen records and thus I too was exposed to them indirectly through the wall that separated our bedrooms. So many of these songs became staples of the album-oriented rock station we listened to out of Buffalo. By the time I was in high school as the new decade started, I too would come to better understand the powerful lyrics of the Boss.

As an adult, I can really appreciate the complexity of this album. I can see how each side is built to create a narrative story and how the musical tones further support that. This album certainly deserves the iconic status it has achieved over the decades; it is a record that everyone needs to listen to at least once in their life if not have as a part of their music collection.
Posted by Martin Maenza at 8:18 AM