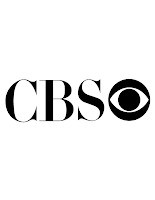 Thursday night - just one more work day to get to the weekend. So, I certainly love to unwind with my favorite the Big Bang Theory. And this week we have the added bonus of the series premiere of How To Be a Gentleman.


The Big Bang Theory - "The Pulled Groin Extrapolation" (episode 3) - once more the writers of this show exhibit why they are some of the best comedy writers on TV. I found myself laughing quite a bit this week and a few "oh no they didn't" moments as well. The primary plot is that Amy and Leonard spend some time together as she ropes him into being her date for a wedding. The secondary plot involves Benadette spending a weekend with Howard and his mother, a trial run to see if living with mom after the wedding could work or not. Both plots had me in stitches. Mayim Bialik as the character of Amy Farrah Fowler delivers the best deadpan comedy, turning outrageous lines into matter-of-fact statements that score every time. She definitely needs to be up for a supporting actress Emmy next year and this episode could easily be her submission real. It was nice to see her character's chemistry with Johnny Galecki's Leonard. On the other side of the coin, the writers also give us a nice showcase for Melissa Rauch as Bernadette. Her facial reactions are gold, and her impersonation of Howard's mother never gets old for me. It is nice to have episodes where both of these gals get a little focus.

How To Be a Gentleman - this new sitcom was created by and stars David Honsby as "Andrew Carlson", a stuffy writer of a column about being a gentleman. He works for "Jerry", played by the always wonderful Dave Foley (Kids In the Hall, Newsradio). The first episode centers on changes in Andrew's life - they have a new owner at work who wants him to target his column to a different audience, and for his birthday his sister Janet (played by Mary Lynn Rajskub) and her very English husband Mike (played by Rhys Darby)give him a gift certificate for time with a personal trainer. Where the gist of the show kicks in is when Andrew discovers that the gym is run by Bert Lansing (played by Kevin Dillon), a guy who used to beat him up back in high school. The whole show premise will be how these two opposites become good friends and learn from one another. Consider it an Odd Couple style pairing if you will. For me, I found the show interesting enough to be back for more. While not laugh out loud funny, I found the characters to be interesting and enduring. They are more than just stereotypes - I think the show has some potential for heartwarming comedy.
Posted by Martin Maenza at 6:13 AM

Email ThisBlogThis!Share to TwitterShare to FacebookShare to Pinterest
Labels: How To Be A Gentleman, the Big Bang Theory, TV