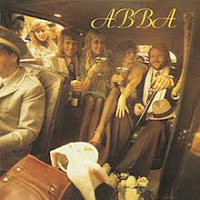 Welcome to another edition of "Seventies Saturday".

ABBA had already been gaining worldwide success coming off their previous album Waterloo. In 1975, the pop quartet released their self-titled third album ABBA, which went to number one in many countries (their native Sweden, Norway, Zimbabwe, Poland and Australia). The United States was late to get on the bandwagon; the album only reached 174 on the Billboard 200 album charts.


"Mamma Mia" kicks off side one. It was the third single released from the album; it was a top 20 hit in most countries but in the US it only reached number 32. The opening section of the song is played on the marimba, a percussion instrument played by striking the keys with mallets. The lyrics tell the story of a woman who is dismayed by her unfaithful lover, but continues to forgive him. The title is derived from an Italian interjection, translated to be “my mother”. It is my favorite song from this record, and the perfect way to kick off this Mother’s Day weekend.

"Hey, Hey Helen" is next, with its hard-rocking guitar chords at the start. The song is about a divorced woman who is free from a bad marriage, but it questions whether it was worth it and whether she can make it on her own.

The band experiments with some reggae on "Tropical Loveland" and the results are very good.

"SOS" was the first single from the album to enter the US Billboard charts (it spent eight weeks there and reached number 15). Both John Lennon and Pete Townshend had gone on record to say it was one of their favorite pop songs. I like the complexity of the musical composition on this one; they give a rich foundation upon which the vocals build.

"Man in the Middle" begins with a funk groove that sounds right at home on a record by Stevie Wonder or other Motown acts. The guys take the lead vocals on this one. What I really like about this record is that we are five songs in by this point, and each song has its own unique sound. None of them is alike. Variety is the spice of life.

"Bang-A-Boomerang" is the last track on the first side. The lyrics use the image of the weapon of the Australian Aborigines as a symbol of acts of love (kisses, etc.).

"Rock Me" has a rock-ragtime mix to it (which Tony Orlando and Dawn had found quite successful a few years earlier).

The instrumental track "Intermezzo No 1" has a classical piano feel to it with an interesting mix of traditional orchestration and rock elements. I find it to be an interesting piece, not at all what I would have expected on this record given what had come before.

The tempo slows down with "I've Been Waiting for You". It is a refreshing ballad that showcases the vocals of the gals very well.

"So Long" closes the album. It took has a swinging 50’s sound to it with heavy piano. The single was released in most countries, but it never made a dent in any of the US charts.

This album shows the musical depth and breadth of ABBA. Clearly their grasp of many styles helped them to gain popularity all over the world. It is certainly one of the reasons why I enjoy their music.
Posted by Martin Maenza at 6:21 AM