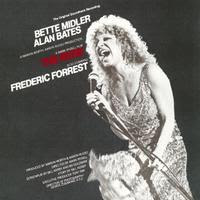 Welcome to another edition of Soundtrack Sunday. Earlier this week (on December 1st), the featured artist on this record celebrated her sixty-sixth birthday.

In November of 1979, a musical drama starring singer Bette Midler (in her acting debut) hit the silver screen. The Rose was the story of a 1960’s rock star who was struggling with the pressures of her career and demands from her business manager. The story was loosely based on the life of Janis Joplin, and the film was nominated for four Academy Awards.


The soundtrack album, which features Midler on vocals, was released in February of 1980 and reached number 12 on the US Billboard Album charts.

Side one opens with “Whose Side Are You On?” The track is recorded live, mirroring the live musical performances in the film. This mid-tempo rocker opens with a blaring horn section and searing guitars. Midler’s vocals are bluesy with a hint of whiskey heat to them.

The crowd cheers then segue into “Midnight In Memphis”, a more up-tempo blues rocker. This reminds me a lot of the style the Blues Brothers were emulating in the late 70’s as well. Definitely a toe-tapper.

Next up is two plus minutes of concert monologue. Midler delivers a speech, in character as “Rose“, about the blues and being a woman. She does it in her usual bawdy style. This segues right into the next track. The first single from the album is Midler‘s rendition of the 1966 Percy Sledge hit “When a Man Loves a Woman”; her version of the song went to number 35 on the US Billboard Hot 100. She puts a great amount of soul into the performance which builds in intensity to a powerful conclusion.

“Sold My Soul to Rock ‘N’ Roll” swings the concert back into high gear. The song very much illustrates the theme of the film and the turmoil the character goes through.

The next track “Keep On Rockin’” was co-written by Sammy Hagar. Midler easily shows she has the chops to handle a true hard rocking number. She puts so much passion and energy into it. I have seen Midler’s concerts on cable before and she has always given a great live show. The idea of having this first side of the album be a continuous concert is a perfect match.

Side two begins with “Love Me With a Feeling”, another blues live recording but this time in a small bar setting. I just love the guitar on this one.

“Camellia” is the sole instrumental track on the album, again recorded live in front of a screaming crowd. This leads right into a minute and a quarter length homecoming monologue taken directly from the film.

“Stay with Me” was originally recorded in 1966 by Lorraine Ellison. This slow-tempo track, with its country-blue sound, has a strong piano and horn line to it.

“Let Me Call You Sweetheart” was a song originally published in 1910 and first recorded by the Peerless Quartet. Midler’s rendition is short and sad, for her character at this point in the film is in the midst of a severe breakdown.

The title track “The Rose” closes the album. This single went to number 3 on the US Billboard Hot 100 and number 1 on the Adult Contemporary charts, selling over a half a million copies. This is one of those songs I had on a 45 rpm record, with the sleeve matching the cover image of the album. I like the simple piano accompaniment that allows Midler’s voice to carry the beautiful and emotional song.

I was in my freshman year of high school when the film and soundtrack album were released. Due to the film’s mature subject matter, it wasn’t able to see it until it came on HBO a few years later. The soundtrack album gives the listener a strong sense of the film by showcasing a number of amazing live performances.
Posted by Martin Maenza at 4:30 AM