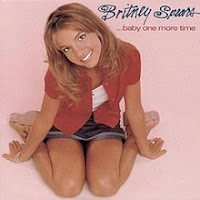 As the decade of the 90’s was closing out, Britney Spears released her debut album …Baby One More Time in 1999 and helped reignite a teen-pop phase on the charts. The record sold like gangbusters the world over; in the US and Canada it achieved Diamond status while in other countries it went Platinum. Chart-wise, it reached number 1 in the US, Canada, Germany and Switzerland, and number 2 in Austria and the UK. It also generated five singles to score well on the charts.


The album opens with the title track “…Baby One More Time”. This first single was a number 1 hit across the board in 1998, powered by a famous music video featuring Spears in a school girl uniform. The song reached number 1 in the US, Canada, France, Germany, Ireland, the UK, Sweden, Switzerland and more. The song features an instantly recognizable piano riff, thanks to constant airplay. The mid-tempo song has quite a sexy feel to it thanks to the guitar and the way Spears growls some of the lines in the lyrics.

As the third single, “(You Drive Me) Crazy” reached number 10 in the US and top-5 status in Canada, France, Germany, Ireland, Sweden, Switzerland, New Zealand and the UK. Like the first song, this song about teenaged infatuation has a mid-tempo to it. Of these first two tracks, I actually prefer this one.

“Sometimes”, the second single, only hit number 21 in the US; it did make top-10 though in most of the other charting countries including Canada and the UK. This ballad about heartbreak sticks with the mid-tempo with a slight pickup on the chorus.

“Soda Pop” was also featured on the Pokémon: The First Movie soundtrack. The song features a reggae styled rap on the chorus and a slow but danceable groove. It makes me think of a sunny day at the beach for some reason.

“Born to Make You Happy”, the fourth single, reached number 1 in the UK and Ireland; it did not chart in the US. The lyrics of this mid-tempo track imply that the woman is in a relationship she is willing to make work because she feels she is destined to be with the man. I like that it has a bit of a Latin influence to it with the guitar parts.

The fifth and final single was the ballad “From the Bottom of My Broken Heart”; it only hit number 14 in the US and number 25 in Canada.

“I Will Be There”, whose lyrics pledge support (emotional and physical), goes back to the mid-tempo dance tempo like the earlier tracks.

The next track “I Will Still Love You” is a duet with Don Philip. It tries to go for an R&B kind of groove but falls a little short.

“Thinkin’ About You” seems more of the same through the verses but redeems itself a bit with the chorus.

“E-Mail My Heart” changes things up a bit by focusing on just the piano accompaniment for this ballad.

The album closes with a cover of the 1967 Sonny and Cher signature classic “The Beat Goes On”. Spears’ version has more of a trip hop sound to it, reinterpreting the song for a new generation of listeners. I like the scratch effects that are used; it reminds me of an old, well-worn vinyl record on the turntable. I really like what she and her team did with this one.

…Baby One More Time is a decent pop debut. Britney Spears showed vocal potential even if the material tended to stay in a safe, middle of the road range.
Posted by Martin Maenza at 4:30 AM

I think the songs on her second and third albums have more staying power and are more interesting on multiple listens -- and of course, we have to adjust the scale of "interesting" for anything Britney did on those first three albums.

But this one was catchy, and that "One More Time" video sure made a cultural impact.

I have a few tracks from some of her other albums. I will have to look into them some more. Thanks for the tip.