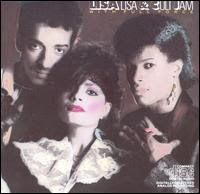 Formed in 1984, a trio of musicians rose up from the urban contemporary music scene of New York City. Assembled and produced by Brooklyn’s own R&B sensations Full Force, Lisa Lisa and Cult Jam (guitarist/bassist Alex “Spanador” Moseley and drummer/keyboardist Mike Hughes) took the world of freestyle music by storm. The band’s early career was helped greatly by a track of theirs appearing on a compilation record Breakdancing that had been popular in Europe and crossed over to the States. US club DJs had been playing it as an import and the song caught on.


Their debut album was 1985‘s Lisa Lisa & Cult Jam with Full Force which went to number 52 on the Billboard Album chart (with sixty-six weeks total on the chart), number 16 on the US R&B album charts and number 96 in the UK. The record was certified Platinum in sales. As the title implies, the trio was backed and fully supported on this first album by Full Force which added a lot of power to the line-up.

Side one opens with the single that launched the band - “I Wonder If I Take You Home”. This one went to number 34 on the Billboard charts, number 6 on the R&B charts, number 1 on the US Dance charts and number 12 in the UK. I love how the percussion reverberates on this song and the echoing of the keyboards later on. Lisa also brings forth the emotion of the lyrics with her angelic vocals. This album version, a full seven minutes long, was a favorite dance song of mine during late 1985 and early 1986.

“You’ll Never Change” is framed by some dialogue between Lisa and one of the guys from Full Force. In between are some solid dance beats around the story of a failing relationship.

“All Cried Out”, the third single and final single, was also the strongest. Released in 1986, it went to number 8 on the Billboard charts and number 3 on the R&B charts. This ballad is a beautiful duet between Lisa and one of the guys from Full Force, and a natural follow up to the previous track. She was strong to kick her man to the curb in the previous song but, when she is alone, she acknowledges the sadness and is ready to move on.

“This Is Cult Jam” is a really funky four and half minute groove that spotlights the musical talents of Mike Hughes and “Spanador”. Lisa’s periodic vocals are just icing on the cake.

Side two begins with “Can You Feel the Beat”, the albums second single. It reached number 69 on the Billboard charts, number 40 on the R&B charts, number 6 on the Dance charts and number 97 in the UK. I like how this one opens with Lisa singing the chorus, and then the layers of percussion come in to build an infectious rhythm that parallels a beating heart. This was another club favorite of mine.

The dance beats don‘t stop; “Behind My Eyes” keeps the party going. At the 3:30 mark, Lisa even reminds Cult Jam that they have “two and a half minutes left” to work that groove out. Her interplay with the band is a lot of fun and she reminds them who is in charge.

“Private Property” is also an up-beat dance track that allows Lisa to assert herself and declare her to dedication to her relationship.

“Take Me Home [Rap]” is a two minute reprise of the opening track, but with raps from Mike Hughes and Full Force instead of Lisa’s vocals.

I was first exposed to Lisa Lisa & Cult Jam on that aforementioned Breaking album, which I purchased on cassette while I was living in New Jersey during the summer of 1985. Loving the song “I Wonder If I Take You Home”, I sought out this debut album which I also purchased on cassette. I played both of those tapes dozens upon dozens of times over (I am surprised I didn't wear them out). I could not get enough of this free-styling music!

At the time it came out I was living alone in New Jersey where I had no family and friends around. This record for me is a symbol of good, positive musical energy and kept me company a lot, and those good vibes carried me for that six month period and back to college for the start of my junior year that December. Lisa Lisa & Cult Jam with Full Force still remains to this day one of my favorite records from 1985. I know every note and word of it by heart - they’re a part of my pop-culture DNA, if you will.
Posted by Martin Maenza at 6:08 AM