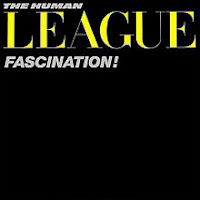 In May of 1983, the British synth-pop band the Human League put out a six song EP (extended play) album called Fascination!. The idea was this would act as a bridge between their 1981 debut Dare! (click here for that review) and the planned 1984 Hysteria (click here for that review). The EP did fairly well in the US (where it reached number 22 on the Billboard album charts) and Canada (where it went to number 38 on the charts). It also produced two hit singles that helped further make the band a household name.


“(Keep Feeling) Fascination” kicks off side one. This single went to number 2 in the band’s native UK; in the US it spent thirteen weeks on the charts and peaked at number 8; elsewhere it charted at number 18 in Sweden, number 13 in Canada, number 3 in New Zealand and number 2 in Ireland. The song opens with an almost church-like organ sequence before being supplanted by a steady drum beat and synth line. The organ sound comes back though before the vocals jump in. Philip Oakey alternates verses with the female co-vocalists Susan Ann Sulley and Joanne Catherall. The song has an amazing dance beat to it and was what got me hooked on the band back in the early 80's.

“Mirror Man” was also a successful single. In the UK it too went to number 2; in the US it spent five weeks on the charts, peaking at number 30. Oakey and Philip Adrian Wright wrote the song as a homage to the great Motown classics; they revealed in 1988 that the lyrics were actually written about Adam Ant who they feared was starting to become of victim of his own publicity. I always saw the song as being about someone who was reflecting the attitudes and behavior of the person with whom they were spending time. Basically, he was becoming the most accommodating person around. I love the backing vocals on this one - they have an ethereal quality to them.

“Hard Times” is another very bouncy track. I really enjoy the synth lines on this one as the song really showcases those. The lyrics are very minimal in contrast - just a repetition of the words “hard times” in various manners.

The second side opens with “I Love You Too Much”. The song is very much about obsession and longing to be with that person again soon.

“You Remind Me of Gold” is next. Its sound is a bit different from the earlier tracks; since all the tracks are upbeat synth, this helps keep them sounding fresh.

“(Keep Feeling) Fascination - Improvisation” closes the album. It takes the opening track and does some nice remix and cuts to it, creating new and nearly instrumental take on the hit.

Fascination! was the first Human League record I actually owned; I had purchased it on vinyl during my senior year of high school in 1983. Though only six tracks, it was what got me hooked to the band’s sound. I played that record a lot, often practicing dance steps in my bedroom as the record spun. Every track is up-tempo with a good beat, which made dancing to it very easy to do.
Posted by Martin Maenza at 5:29 AM

I will never forget hearing the synth horns kicking in on the title track...the first time I ever heard it...blasting through my red Mura Highstepper headphones when it first hit radio. Summer at it's 80's best, it is.