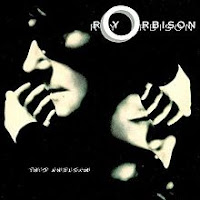 Today (April 23rd) was the day that American singer and songwriter Roy Orbison was born. He died of a heart attack at age fifty-two on December 6, 1988.

On February 7th, 1989, the posthumous album Mystery Girl was released; Orbison had recorded the tracks in the months prior to his passing. The record turned out to be his best selling album ever, going Platinum in both the US and Canada. On the charts, it went to number 4 on the Canadian charts, number 17 on the US Country charts, number 5 on the US Billboard Hot 200, number 2 on the UK charts and number 1 in Australia, Norway and Sweden.


Side one opens with the second single "You Got It"; it went to number 3 in the UK, number 9 on the US Billboard Top 40 and number 1 in Canada and on the US Billboard Adult Contemporary charts. Nominated for Grammy for Best Pop Vocal Performance Male, Orbison wrote the track with Jeff Lynne (of ELO) and Tom Petty, two of the artists he was working with on the Traveling Wilburys project at that time. Both Lynne and Petty also play guitar and provide backing vocals on this track and a couple others. I think it is solid song; it mixes both old and new musical styles smoothly.

"In the Real World" opens with a simple acoustic accompaniment for the first verse, capturing the mood of a dream world. The lyrics then transition to talking about everyday life with the music becoming more complex. His wife Barbara and son Roy provide backing vocals on this one.

"(All I Can Do Is) Dream You" has a swinging beat to it thanks to Mike Curry on drums, Rick Vito on electric guitar and Tom “T-Bone” Wolk on the bass. This is definitely my favorite track on side one.

Things slow down a bit on "A Love So Beautiful", co-written by Orbison and Lynne. This ballad has a very signature Lynne sound to it (he played acoustic guitar, keyboards, bass and provided backing vocals). George Harrison also sits in on this one on acoustic guitar.

"California Blue" was another “Wilbury” collaboration. Petty‘s guitar sound and Lynne‘s keyboards are easy to pick out here; they give the song a Mexi-Cali sound.

Side two starts with "She's a Mystery to Me", a song written by Bono and the Edge of U2. As the lead single from the album, it went to number 27 in the UK, number 23 on the US Billboard Adult Contemporary chart, number 17 in Australia and number 5 in Ireland. I like the percussion on this one, soft yet steady. Orbison’s vocals are amazing as always; the man had an incredible and distinctive voice.

"The Comedians" was penned by Elvis Costello. The song has drumbeat that brings to mind a slow military march. The lyrics have that Costello touch of bittersweet romance on the rocks, delivered emotionally by Orbison.

The addition of the Memphis Horns, arranged by Steve Cropper, gives "The Only One" a touch of 60’s soul that came out of the Stax Record label. Orbison really does this genre quite well; it sounds so good together.

"Windsurfer" is a song of unattainable love that could easily have been recorded decades before. It makes sense given the fact that Orbison and long time pal Bill Dees wrote this one, just as they did together back in the late 1960’s.

Orbison co-wrote the final track "Careless Heart" with Diane Warren and Albert Hammond. This song about a fool who doesn’t realize what he has is a pure pop song.

Even though Mystery Girl had six producers to put it all together, the whole album holds together incredibly well. And the reason is the man whose name is on the cover. Roy Orbison was in top form on this final album and it seems everyone who contributed writing and music were working to showcase the talent. No surprise they succeeded in spades.

If you are only familiar with the first track, you are barely scratching the surface of this album. You owe it to yourself to check the whole thing out. I am very glad I did.
Posted by Martin Maenza at 4:36 AM

Yes, a great album...he was the greatest, pity he could not carry on to give us his fantastic songs and voice.....Rest in peace Roy, you are always remembered all over the world, even in Malaysia Kuala Lumpur!!!