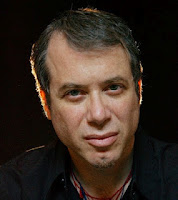 Destri came from a musical background. His uncle was the drummer in the 1950's band Joey Dee and the Starlighters. Destri's first group was Milk and Cookies. When the band relocated to the UK, he joined Blondie in 1975.


He started out with the group playing the Farfisa organ. As the band's sound changed, he added synthesizers to his arsenal of keyboards. When Blondie broke up in 1982, Destri did some producing and remixing of material. He reunited with the group in 1997 and stayed active with them through 2004. He has since retired from live performing but does work with them in the studio.

For my review of Blondie's self-titled 1976 album Blondie, click here

For my review of Blondie's 1978 smash Parallel Lines, click here

The band also appeared on the 1980 soundtrack for American Gigilo which I reviewed here
Posted by Martin Maenza at 4:30 AM