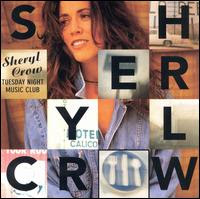 Born and raised in Kennett, Missouri, Crow was exposed to music at a very young age. Her father played the trumpet and her mother taught piano. After graduating high school, she enrolled in the University of Missouri and got her degree in Music Composition, Performance and Education. She worked as an elementary school music teacher by day and performed in bands on weekends. From 1987 to 1989, she toured as a backup vocalist for Michael Jackson on his Bad world tour. She also did some backup work for other artists.


In the summer of 1993, she released her debut album Tuesday Night Music Club. The multi-Platinum selling record reached number 3 on the US Billboard Hot 200, number 5 in Canada, number 8 in the UK, number 4 in New Zealand and number 1 in Australia. It also generated a string of hit singles. The album won Crow three Grammy Awards in 1995: Record of the Year, Best New Artist and Best Female Performance. The album also appears on the list of 1001 Albums You Must Hear Before You Die.

The album kicks off with “Run, Baby Run” was the fourth single; while it failed to chart in the US it did reach number 24 in the UK and number 86 in Canada. The song is about a young African-American woman who finds strength in the words her father taught her. I like the bluesy sound to this one thanks to the combination of the guitars and the keyboards.

“Leaving Las Vegas”, the first single from the album, tells the tale of someone who is leaving their job at the casinos for something better. Crow’s vocals portray the yearning and frustration the young woman is experiencing.

“Strong Enough”, the third single, only reached number 30 on the Billboard Hot 100. I really like the acoustic guitar on this one, simple and effective. The lyrics tell of a woman whose boyfriend feels he has to leave and how she tries to convince him to stay (even if he has to lie to her).

“Can’t Cry Anymore”, the fourth single, peaked at number 36 on the Billboard Hot 100. This one too, with its bouncy tempo, is also about failed relationships. Here the woman has decided to leave as she cannot take the sadness and heartache another day.

“Solidify” brings in a bit of the funk with the guitars and percussion. I like how she stretches the syllables on the song title in the chorus.

“The Na-Na Song” changes things up a bit with a stream-of-conscious number with a hard-rocking groove. There are a ton of pop-culture references in this one, from the Beatles to Madonna, Nike to Soloflex, and even the Battle of the Network Stars.

Things change up once more with “No One Said It Would Be Easy”, a slow-paced country-rock ballad about a couple struggling to make ends meet and how it is affecting their relationship.

The narrator in “What I Can Do For You” is a strong, assertive woman who is very comfortable with her sexuality. In fact, she’s ready to dominate the relationship, to be the “man”. It is a very interesting song.

The album‘s second single was also Crow‘s breakthrough hit. “All I Wanna Do” went to number 2 on the US Billboard Hot 100 and number 1 on the Adult Contemporary charts; it also went to number 1 in Canada and Australia, and number 4 in the UK. I remember this song was all over the airwaves back in the day. It was a song you couldn’t get away from, but luckily I never got tired of it. I would sing along to it whenever it came on my car radio. I really love how the lyrics paint a very vivid picture of a specific moment in time in Los Angeles.

“We Do What We Can” has a jazz sound to it thanks to the soft drums, the slow piano and the haunting horn in the background. It tells the tale of Leo, a trombone player who performed for the love of it in the 60‘s, and how his life effected the life of a young woman years later.

“I Shall Believe” closes the record on a gentle note. The song is about facing hardships in life and that sometimes a little faith and support can be enough to make it another day.

My wife had me pick up Tuesday Night Music Club on CD when it came out back in 1993. I was familiar with Sheryl Crow’s songs from the radio and thought I’d enjoy the rest of the record. That turned out to be exactly what happened. The songs are a good mix of music with lyrics that actually tell stories. In a lot of ways they remind me of the songs I grew up on in the 70’s and 80’s.

I find that this album has held up very well in the nearly two decades since it has been released. It is one of those releases that I like to revisit every now and again. Prior to doing this review it had been fifteen months since I last listened to it. I need to cue this one up a bit more often than that.
Posted by Martin Maenza at 4:30 AM