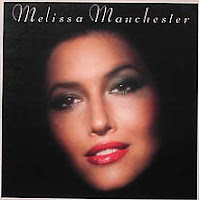 In October of 1979, Manchester released her eighth studio album, the self-titled Melissa Manchester. The album was a mix of original material and songs from other sources. Unlike some of her previous records, this one failed to generate any huge hits. However, it did have some strong presence on the adult contemporary charts.


Side one opens with “Pretty Girls”, a disco-light dance song about a guy who flirts with beauties at the make-up counter. The single spent two weeks in the US Billboard Top 40, peaking at number 39. I rather like the hooks in this one; they are catchy.

The album‘s second and final single was “Fire in the Morning”. This ballad faired a little better, spending five weeks on the Billboard Top 40 and peaking at number 32. Paul Davis provides some vocal harmonies on this song about a late night call to a former lover; they end up reminiscing about how good they used to be together.

“Don’t Want a Heartache” goes back to a more up-beat tempo with a bit of rocking rhythm too. The song mixes in some disco elements too for a decent dance track.

“When We Loved” is a sweeping piano ballad that looks back fondly on a former love.

“It’s All in the Sky Above” is the first of two tunes on the album Manchester co-wrote with Carole Bayer Sager. The lyrics tell of a woman who realizes that she is not getting what she needs out of the relationship and has decided it is time to move on.

Side two starts with “How Does It Feel Right Now”, the second Manchester/Bayer Sager composition. This song is an up-beat dance number that comes across as one friend giving another advice about her relationship, trying to help her remove the blinders to see what is really going on.

“Whenever I Call You Friend” is a song she co-wrote with Kenny Loggins back in 1978. Loggins did the song as a duet with Stevie Nicks on his album Nightwatch that year. The version here, with Arnold McCuller performing it with Manchester, takes a softer, sweeter arrangement that spotlights her voice.

“Holdin’ On To The Lovin’” has a sultry swing to its rhythm. The woman finds herself caught up again in love and all the anticipation that comes with a new relationship.

“I Know Your Love Won’t Let Me Down”, a track Manchester co-wrote with Adrienne Anderson, has a touch of gospel to it. It is a celebration of the strength that one can get from a good loving relationship. It is full of faith and optimism.

The album closes with the piano ballad “Lights of Dawn”. The lyrics paint the portrait of a couple who have spent the night walking and talking, so lost in each other they completely forgot the time as the sun is about to break over the horizon. Anyone who has been there knows that is a magical feeling.

Thematically, Melissa Manchester sticks pretty close to examining many aspects of relationships, some that are going well and some that are not. At the time this record came out in 1979, when I was just starting out in high school, the songs here would have appealed to me. Not yet versed in the world of romance and heartache they would present something new and intriguing to me. While not some of Manchester’s most known work, there are a few very solid tunes here that are worthy of a listen.
Posted by Martin Maenza at 4:30 AM