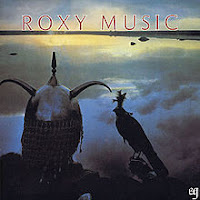 Today (May 26th) marks the 30th anniversary release of Avalon, the eighth and last studio album by Roxy Music.

This 1982 release by Bryan Ferry (lead vocals, keyboards), Alan Spenner (bass), Phil Manzanera (guitar), Andy MacKay (saxophone, oboe), Paul Carrack (keyboards) and Andy Newmark (drums) went to number 53 on the US Billboard Hot 200 and number 1, for three weeks, on the UK charts. The album was ranked at number 307 on Rolling Stone magazine’s list of the 500 Greatest Albums of All-Time and number 31 on its list of the Top 100 Albums of the 1980’s.


Side one opens with “More Than This”, the first single from the album. It hit number 6 in both the UK and Australia, number 12 in New Zealand, and number 103 on the US Billboard Hot 200. The lyrics speak of cross-roads in a relationship, where the bloom is off the rose of the romance and feelings are changing. The melody here is a classic, memorable one that helps define the new-wave sound for me.

“The Space Between” continues the feelings of the first track, with the singer concluding that it is time to call it quits. The combination of the drums and keyboards at the start work quite well, laying down a quite danceable groove.

The second single “Avalon” went to number 13 in the UK, number 22 in Australia and number 37 in New Zealand. The song is like finding an oasis in the desert of emotional abandon; if this first side is taken as a narrative story this one provides hope for a new future. The music has a slow and hypnotic yet still exotic theme to it.

“India”, the B-side to the first single and third singles, is an instrumental interlude.

“While My Heart Is Still Beating” closes the side on a cautionary note. Coming off a severe romantic break up, it recommends taking things slow and easy to avoid making the same mistakes again.

Side two begins with the steady, seductive beats of “The Main Thing”. The hand-clap like rhythm adds a nice element to the musical mix.

“Take a Chance With Me”, the third single, on reached number 26 in the UK, number 104 in the US and number 32 in Canada. The song has a long, moody introduction before changing up the rhythm when Ferry’s pleading vocals start.

On “To Turn You On”, Ferry comes off as manipulating and overly confident. If we continue the narrative story of the album, he tries to hide behind that role to avoid getting his own heart broken again yet in the end realizes he actually does care about her.

“True to Life”, an introspective piece, has a gentle swing to it musically.

Like the first side, this one closes with a short instrumental track entitled “Tara”. Perhaps that is the name of the mysterious woman in the previous song who would not reveal her name. Mackay’s oboe is prominently featured on this one.

I can remember quite well hearing many of the tracks from Avalon on the local college radio station I listened to while still in high school. Roxy Music knew how to work that solemn synth sound into a cohesive musical suite. Together, the album plays like the soundtrack to an emotional cinematic drama. I like that.
Posted by Martin Maenza at 4:30 AM