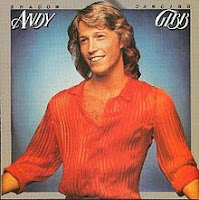 After a strong selling debut album in 1977, Andy Gibb followed that up with his second studio album Shadow Dancing in April of 1978. The record was a solid seller across the globe; it went to number 15 in the UK, number 8 in Norway, number 7 in the US and number 1 in Canada. It also generated a trio of hit singles.


Side one opens with the title track which Andy penned along with his three older brothers the Bee Gees. After dethroning John Travolta and Olivia Newton-John‘s “You‘re the One That I Want“, “Shadow Dancing” was Andy’s third number 1 hit song in a row on the US Billboard charts. The record held that spot for seven consecutive weeks until the Rolling Stones ended the run with “Miss You”. I have always loved this song - the musical hooks, the vocal harmonies with his brothers on the backgrounds, etc. It is definitely my favorite track on the album if not of all of Andy’s tragically short music career.

Brother Barry co-wrote “Why” with Andy. The opening has hints of country to it before moving into a mid-tempo dance tune. That’s one thing I liked about the 70’s - how genres could blend not only on the charts but also within songs themselves.

“Fool for a Night” has a bouncy, playful tempo to it. I like the underplayed rhythm guitar on this one.

“An Everlasting Love”, the album’s second single, reached number 5 in the US and number 10 in the UK. This one was penned by Barry alone and has all the trademarks of the late 70’s era Bee Gees tunes.

The third and final single was “(Our Love) Don’t Throw It All Away”, which went to number 9 on the US charts. Barry co-wrote this track with Blue Weaver, a British keyboard player, songwriter and record producer. This is one of those songs I enjoyed listening to with the headphones on in my dark bedroom, letting the gentle rhythms and melodies wash over my moody teenaged soul. The Bee Gees recorded a version of it as well for their 1978 Greatest Hits album.

Side two features all songs that Andy wrote completely by himself. It opens with the mid-tempo dance beats of “One More Look at the Night”. As a fan of disco from back in the day, I find this one quite enjoyable. It has those lush strings supported by pulsing percussion that was very popular at the time.

“Melody” has a strong piano foundation that compliments Andy’s vocals well. I like that simplicity of the first verse. By the chorus though other instruments come in and, for me, it loses a bit of the uniqueness. I would have preferred if it had stuck to just the piano alone for the entire song and not just for the verses.

“I Go for You” plays with some synthesized keyboard sounds at the beginning before settling into a multi-layered composition of strings, guitar and percussion. I like that it has a soft-rock feel to it.

“Good Feeling” has a mid-tempo to it, a little more than a slow dance number but hardly a fast workout. It is middle of the road safe with a warm bass line and comforting harmonies.

Another slow ballad “Waiting for You” closes out the record. Listening to this one you can really hear how much he sang like his big brother Barry - though Andy does not have that strong falsetto. Still, it is a pleasant pop-rock love song.

At the time Shadow Dancing was released I was in thirteen years old and in junior high school. Already being a huge fan of the Bee Gees, having releases by youngest brother Andy Gibb was just icing on that disco dessert. Sure, these songs qualify as light pop-rock but it takes all varieties of tunes to make my musical world go ‘round. When I am in just the right mood, these songs can be soothing and comforting, like an old sweatshirt you kept after all these years.
Posted by Martin Maenza at 7:45 AM