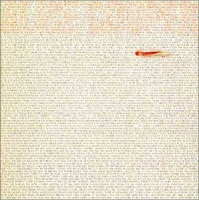 On August 25th of 1982, American glam-rocker Alice Cooper released Zipper Catches Skin. As his fourteenth studio album, it only charted at number 94 in Canada. As part of this final month of recapping albums from 1982, today I will give this thirty year old album a spin.


Side one charges in with "Zorro's Ascent". The zwip-zwip-zwip sound effect to make like Zorro’s blade cutting through the air is a nice touch. Cooper takes on the renegade character, complete with an accent; he always did have a flare for the dramatic when performing.

The literary themes continue with "Make That Money (Scrooge's Song)". The heavy guitar-groove drips with greed and avarice.

The first single from the album was "I Am The Future"; it appeared in the film Class of 1984 which hit theatres the same week as the album debuted. Don't remember this R rated Canadian film that starred Roddy McDowall, Timothy Van Patten and Michael J. Fox? Neither do I, though I probably caught it late night on one of the cable film channels during the 80's. Despite the film doing $20 million at the box office, it did not help the single on the charts at all. I actually did not find the track very inspiring. The future came across kind of bleak.

"No Baloney Homosapiens" is an odd title for the longest track on the record. It ties in popular elements at the time like UFOs and alien observers while projecting superiority on the part of the human race.

"Adaptable (Anything for You)" is a sarcastic song about compromising in a relationship. I like the musical hooks in this one and it is easily my favorite of the five on the first side.

Side two starts with "I Like Girls", the second single from the album. I like the rhythm of this one as well, and Donahue really adds to the track perfectly. It kind of makes a nice counterpoint to her hit “I Know What Boys Like”.

"Remarkably Insincere" perfectly follows the last track, carrying on with the same themes of a guy totally snowing his girlfriend. After a lukewarm opening, this last three tracks made for a solid block.

"Tag, You're It" served as the B-side for the first single in the US. The song takes the viewpoint of a horror film director who is giving guidance to his actor. Cooper makes this one work thanks to his already established macabre musical past.

"I Better Be Good" has a good new-wave attitude and a high-speed tempo.

"I'm Alive" is a strange tale about a young man being saved by his recently resurrected dead pet. It strikes me as a tongue-in-cheek swipe at those too-weird-to-be-true tabloid headlines that scream out to you at the grocery store checkout line.

I honestly have to say that Zipper Catches Skin completely avoided my listening radar back in the early 80’s. I was familiar with Alice Cooper’s music from the 70’s and liked a number of tracks from then. It took a bit to get me into this one but patience won out with the second side really paying off well. I would definitely recommend folks give a listen to the final six tracks from this one.
Posted by Martin Maenza at 4:30 AM