The Cars - Shake It Up 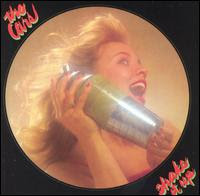 Benjamin Orr became friends and musical partners with Ric Ocasek in 1970 in Columbus, Ohio. After being part of a folk band called Milkwood, the two ended up in Boston. It was there they met guitarist Elliot Easton, keyboardist Greg Hawkes and drummer David Robinson. Thus the Cars were formed.

On November 6th, 1981, the Cars released their fourth studio album. Shake It Up went to number 9 on the US Billboard Hot 200 and achieved multi-Platinum sales in the US. The record also reached number 40 in the Netherlands, number 20 in Australia and number 12 in New Zealand.


Side one starts with “Since You’re Gone”. As the second single, this one went to number 41 on the US Billboard Hot 100 and number 24 on the Mainstream Rock charts. In the UK, it charted at number 37. The song about moving on after a break-up is built upon a simple guitar and percussion pattern.

The title track “Shake It Up” was also the first single from the album. It went to number 14 on the US Dance Charts, number 4 on the US Billboard Hot 100 and number 2 on the Mainstream Rock charts. In other parts of the world, it reached number 48 in the Netherlands, number 26 in New Zealand, number 10 in Australia and number 7 in Canada. I had this one on a 45 back in the day and enjoyed it a lot. It has a great dance beat with tons of energy. Even three decades later it perks me up whenever I hear it.

“I’m Not the One” was not released as a single when this album first debuted. However, in 1986 when the group’s Greatest Hits album was released, this track went to number 32 on the US Billboard Hot 100. This one has a slower, almost hypnotic kind of melody to it. I really like the backing vocals here by the whole band as it adds to that effect.

“Victim of Love” was popular enough to reach number 39 on the US Mainstream Rock charts. This mid-tempo rocker tells of a guy who is blinded by love, easily kept in check by a woman who knows the control she wields.

Another popular track on the Mainstream Rock charts thanks to being the B-side of the first single, “Cruiser” went to number 37. This is the first of three tracks where Orr took over lead vocal duties from Ocasek; the others would be tracks seven and eight. This one has killer guitar riffs and synthesizer elements. This one brings to mind driving around town as a teenager, looking for the place to be hanging out.

Side two opens with “A Dream Away”. The percussion bounces from channel to channel throughout this surreal sounding song.

“This Could Be Love” is the only track on the album that was not written solely by Ocasek; Hawkes co-wrote this one with him. The keyboards on this one have an industrial heaviness to them.

The B-side to the second single was “Think It Over”. This danceable track too features strong synthesizer work by Hawkes.

For me, the first side of Shake It Up is near flawless. All five of those songs work for me and very much take me back to my high school years. The second side is strong too though the songs did not get as much airplay on the album-oriented rock station we listened to in the early 80’s. The Cars definitely had a winner here.
Posted by Martin Maenza at 4:30 AM