Michael McDonald - If That's What It Takes 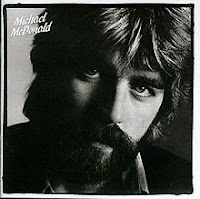 Today (August 9th) marks the thirtieth anniversary of If That’s What It Takes, the solo debut album of Michael McDonald. The American singer and songwriter had been a member of Steely Dan and the Doobie Brothers in the 1970’s. After the later group’s first farewell tour, McDonald started working on the tracks that would eventually be part of his August 1982 release.

The album went Gold in sales, reaching number 6 on the US Billboard Hot 200 and number 10 on the US Billboard R&B charts. It generated two charting singles, including one Top 10 smash. McDonald wrote two of the ten tracks solo and collaborated on seven others.


The album features a number of guest performances as well. These include Edgar Winter on the saxophone on three tracks, members of Toto (Greg Phillinganes, Steve Lukather and Jeff Porcaro) and backing vocals by Christopher Cross, Brenda Russell and Amy Holland.

Side one starts with “Playin’ By the Rules”. The track was co-written with Ed Sanford of the Sanford-Townsend Band, who also provided backing vocals.

“I Keep Forgettin’ (Every Time You‘re Near)” was the first single from the album. It went to number 43 in the UK, number 8 on the US Adult Contemporary chart, number 7 on the US R&B chart, and number 4 on the US Billboard Hot 100. Louis Johnson, of the Johnson Brothers, played the signature funky bass line of this one, which McDonald‘s sister Maureen provides the female vocals. I remember how this one played a ton on the Top 40 station in 1982.

“Love Lies” is a mid-tempo tune about deception in a relationship. It has a laid-back, jazzy sound that is perfectly suited for McDonald’s baritone voice.

The second single “I Gotta Try” only got to number 44 on the US Billboard Hot 100, but fared a bit better by reaching number 28 on the Adult Contemporary chart. This one was co-written with Kenny Loggins who provides backing vocals as well. The lyrics provide more topical references to the times.

“I Can Let Go Now” closes out the side with a beautiful piano ballad. McDonald brings out an emotional, heartfelt performance on this one.

Side two begins with “That’s Why”. It starts out slow and gentle before blooming on the chorus. The guys from Toto assist musically on this one.

The title track “If That’s What It Takes” was co-written with American singer-songwriter Jackie DeShannon. She had a pair of Top 10 hits in the late 1960’s. The song has an up-tempo beat that gets the toes tapping.

“Losin’ End” served as the B-side to the first single. McDonald wrote this song back in 1975 for the inclusion on the Doobie Brothers album Takin’ It to the Streets. His version here is a soft, delicate performance and almost sounds like an entirely different song than the earlier recording. Here you find yourself listening so carefully, hanging on each syllable and note.

The final track “Believe In It” was used as the B-side for the second single. Like so many of the tracks before it, this one too addresses the power of true love amidst a climate of weak commitments and unattached pleasure seeking.

Michael McDonald extended what he had been doing with the Doobie Brothers into the tracks for this album. If That’s What It Takes is relaxed, easy-listening pop music with high quality musical production and performances.
Posted by Martin Maenza at 4:30 AM