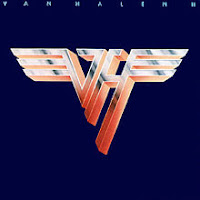 Following up their hit debut album the year before (click here for my review of that one), Van Halen released Van Halen II on March 23rd of 1979. The record charted even better than their first, reaching number 6 on the US Billboard Hot 200, number 15 in Canada and number 23 in the UK. Since then, it has gone multi-Platinum in sales and become a main-staple of album-oriented rock stations everywhere.


Side one begins with "You're No Good", a cover of the Clint Ballard Jr. song that was first recorded by Dee Dee Warwick in 1963 and was a number 1 hit for Linda Ronstadt in 1975. Van Halen’s version opens with ominous sounding guitars by Eddie and Michael Anthony and the stalking drums of Alex Van Halen. This is by far the most sinister version of the song I‘ve ever heard, with a touch of sassy - thanks to David Lee Roth on lead vocals. The guys definitely leave their mark on this one.

As the first single from the album, "Dance the Night Away" went to number 15 on the US Billboard Hot 100 and number 28 in Canada. The song came to life while the band was in the recording studio. I like the combination of drums and guitars on the opening of this one too, but definitely more up-tempo and positive. The harmonies of Eddie and Michael on the backing vocals really add a solid layer to the mix.

"Somebody Get Me a Doctor" has an explosive urgency to it as if the band caused an eighteen car pile-up on the way to the show. This is just one of many examples of how tight the band was in these early years.

"Bottoms Up!" tricks you with a stripped down opening riff, but don’t fall for it. This song is an all-out celebration of drinking and having a good time.

"Outta Love Again" was used for the B-side of the first single. This one is rapid-fire romp, showcasing Dave’s vocal gymnastics (which were equally matched by his on-stage gymnastics). Alex sets the pace with his powerful drumming that the others have to keep up to.

Side two ignites with "Light Up the Sky", another pedal-to-the-metal track. If you didn’t have the volume already cranked after listening to side one, you needed to kick it in by this point.

Next up is a one minute long instrumental "Spanish Fly". Eddie plays this one beautifully on a nylon string acoustic guitar using a pick. It certainly shows his prowess with guitar, removing any doubt that he is worthy of the title of one of the top guitarists in rock and roll.

Any relaxed interlude set by the last track ends right here. The hard-rocking "D.O.A", standing for “dead or alive”, served as the B-side to the second single.

"Women in Love..." actually takes the tempo down a bit, to allow the listeners a little time to catch their breath. That’s not to say this song doesn’t jam; it certainly does.

The final track opens with a now-classic guitar riff before settling into a bopping rhythm. "Beautiful Girls" (originally titled "Bring on the Girls") was the second single from the album; it only got as far as number 84 on the US Billboard Hot 100. This one is actually one of my favorite tracks on the album, one that I often find myself singing along to on the chorus (like I could keep up with Dave on those verses).

For an album that clocks in at just thirty-two minutes, Van Halen II packs a lot into a short amount of time. It is a full-blown rock and roll blowout. I was still in eighth grade when this album was released, but even back then I was already starting to see that familiar VH logo adorning classmate’s notebooks and such. We heard these songs all over the rock stations coming out of Buffalo; Van Halen was definitely making sure the final year of the decade was going out on a loud, high note.
Posted by Martin Maenza at 4:30 AM