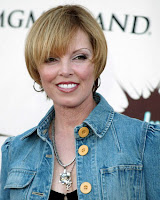 Patricia Mae Andrzejewski was born in Greenpoint, Brooklyn, NY, and later moved to Lindenhurst, NY. She had plans to train in classical opera at Juilliard School of Music but then ended up at SUNY at Stony Brook. After one year, she left school and married her high school boyfriend Dennis Benatar.


In the 1970's she began to sing professionally, in local nightclubs and in competitions. As her career began to build, her first marriage came to an end. As the decade ended, Pat signed with Chrysalis Records and launched a prominent recording career. She won the Grammy Award for Best Female Rock Performance for four consecutive years (1980 to 1983).

She married guitarist Neil Giraldo in 1982 and has been happily married to him since. The couple has two daughters: Haley and Hana. She continues to record and tour into the 21st Century.

- For my review of her 1979 debut album In the Heat of the Night please click here.

- For my review of her 1980 second album Crimes of Passion please click here.
Posted by Martin Maenza at 4:30 AM

Email ThisBlogThis!Share to TwitterShare to FacebookShare to Pinterest
Labels: 70's, 80's, Crimes of Passion, In the Heat of the Night, music, Pat Benatar