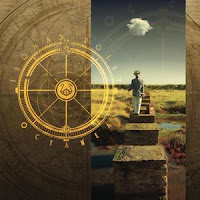 In 2010, Thomas Dolby began working on a new studio album called A Map of the Floating City which should be released some time in 2011. However, he started to release some of the tracks via EP releases. The first Amerikana was available in 2010. The second Oceanea was released in early 2011.


The first of the three tracks is “Oceanea”. It is a beautiful slow tempo song with gentle lyrics about a homecoming, both physically and spiritually.

“Simone” has an interesting opening that gives a feeling of a complicated romance. I like the jazz rhythms from the percussion, the keyboards and the saxophone. The tempo changes and pauses further add to mood nicely.

“To The Lifeboats” closes out this set. The music on this one is unexpected, a south-of-the-border rhythm that gives way to a harder edge with the guitars and then back again, but it works well. The lyrics imply a couple adrift at sea, be it an actual sea or a metaphorically emotional one.

As I’ve mentioned in a previous blog review, it was another EP back in the early 80’s that first made me a fan of Thomas Dolby. These three songs on this EP have me excited to see what the rest of the new album will be like.
Posted by Martin Maenza at 3:18 AM