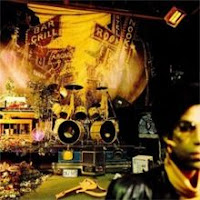 In 1987, Prince released his ninth studio ninth studio album Sign O’ the Times. This was his second double-album of all-new material in just five years, and it featured material from a number of proposed projects he was working on from 1982 to 1986.

Sign O’ the Times is one of my top five favorite Prince albums of all time, and easily in my top 25 favorite of the 80’s. I purchased this one on vinyl during my final year of college and later purchased it on cassette too (so I would have a copy to listen to in the car). In the 90‘s, this was another one of the first albums I upgraded to CD. I have listened to this one end-to-end countless times over in the past twenty-four years. I think the record is simply amazing.


The album charted three top-10 hits and went platinum in the US (reaching number 6 on the Billboard 200) and the UK (reaching number 4 on the UK album charts). Critics have been very favorable of the record, considering it one of his best albums. Rolling Stone ranked it number 93 on its 500 Greatest Albums of All-Time list and number 74 on its Top 100 Albums of the 80’s list. VH1 ranked it number 35 on its 100 Greatest Albums list.

Side one starts with the title track “Sign O’ the Times”, the first single from the record. It spent eleven weeks on the Billboard charts, topping out at number 3. The opening percussion on this one quickly draws in my own heart rate. The funky guitar gives it a bit of a 60’s feel to it. The lyrics paint a distressing state of affairs with stories ripped from the headlines (shootings, drugs, aids, the Space Shuttle). I like that it ends with the same percussion. A solid opening of the record. Four stars in my book.

Side note: in 2007, Heaven 17 released their version of this title track. It is pretty cool thirtieth anniversary tribute as the lyrics are still topical even today.

“Play in the Sunshine” keeps the up-tempo going. The lyrics perfectly mirror the music, providing an optimistic and positive counterbalance to the first track. I love the piano on this one, heavy but controlling. Prince’s guitar solo on this one fits perfectly too.

If the last song wasn‘t enough of a dance track, then “Housequake” will do the deed just fine. The percussion on this one again drives things, but it differs nicely from the first two tracks. This one is very much in the vein of classic James Brown, a deep groove and lots of attitude. This is another four star track for me.

“The Ballad of Dorothy Parker” continues that funky groove. The lyrics tell a very vivid story; the song is mostly verses, which gives it a different kind of flow. Prince really uses his vocal ranges on this one. This song very much reminds me of the singer-songwriter tunes of the 70's.

Side two opens with “It”. The rhythm is like a machine press stamping out parts on an assembly line. The title takes me back to the old days when two people would refer to having sex as “doing it” (because they did not want to come right out and say something filthy). Prince still gives the lyrics that dirty feel with his guttural groans and pleading.

“Starfish and Coffee” is another one of my favorites from this album. I like the simple piano opening. The lyrics keep you guessing what Cynthia Rose kept in her lunch box. Some speculate it is drugs (using the title as some kind of psychedelic 60’s reference). Given Prince’s background and beliefs, I prefer to think it just something simpler like a positive outlook. The things listed can represent comforts.

“Slow Love” has a much more classic R&B groove to it. If I close my eyes, I just get lost in it. It is a perfect song for a seductive, slow dance complete with saxophone.

If the previous song was about a sensual seduction, “Hot Thing” in contrast is about pure lust. The drum line and Prince’s delivery of the two-word title repeatedly drive that emotion home. This is another great song to dance to, especially with the bass reverberating from the speakers. I remember it being very popular in the clubs at the time.

“Forever in My Life” takes the rhythm from the last song and slows it down. The emotion is now love, that one love that will last a lifetime. Prince’s vocals sell the message smoothly.

Side three starts with “U Got the Look”, a duet with Sheena Easton. This third single did very well, spending thirteen weeks on the charts with two weeks at number 2; Lisa Lisa and Cult Jam’s “Lost In Emotion” denied it from reaching number 1. Once more, the percussion is front and center thanks to Sheila E.; she adds so many layers to the song. The video, taken from the full-length concert film for this album, played a lot on MTV.

“If I Was Your Girlfriend” was the second single and the only one that did not chart well in the US. The subject matter is a little unorthodox for a hit song; Prince ponders if the woman he likes would reveal more of herself to him if he were one of her girlfriends (since girls tend to tell each other things they will not tell their guys). Like some of the other songs on this record, he uses his “Camille” voice (a high-pitched voice modulation) on the vocals.

“Strange Relationship”, originally composed in 1982, was reworked for this album to include the “Camille” vocals. I like the driving conga beat on this one, played by Wendy Melvoin.

The fourth and final single was “I Could Never Take the Place of Your Man”, also composed in 1982. It spent twelve weeks on the charts and reached the number 10 spot. This one has more wonderfully layered percussion and two different extended guitar solos to it. The woman in the song is desperate to find a replacement for her last man; Prince insists that a one-night stand will not satisfy her needs.

The fourth side opens with “The Cross”, a beautifully spiritual song. It starts simple with voice and guitar delivering the first verses. The steady drumbeat joins in for the second verse. The song then explodes in a fashion similar to Jimi Hendrix for the second half. This one really rocks.

The final two tracks are live recordings. First, the Revolution and Sheila E. join Prince for the nine minute long jam session that is “It’s Gonna Be a Beautiful Night”. If you’ve never seen Prince in concert before, this gives you a good taste musically of what he delivers in those shows. Just try to stay in your seat. Oh, and that’s Sheila E. delivering that funky rap during the second half of the song, reminiscent of the rapping she did on the Krush Groove soundtrack a year or so prior.

“Adore” is another moving ballad that describes the adulation one lover has for another. Prince delivers it in his signature falsetto. The horns give the song a nice bluesy sound.

I would be remiss if I did not mention the two non-album tracks that served as single B-sides from this album.

First up is “Shockadelica”, the B-side of “If I Was Your Girlfriend”. The song is very funky, delivered with the “Camille” voice. It really grooves. Plus, that name is so cool. I once created a villainess in my super-hero role-playing-game world called Shockadelica, with personality and background inspired by this song. It is one of the B-sides I like a lot.

Lastly, “La, La, La, He, He, Hee” was the B-side of “Sign O’ the Times”. Sheena Easton co-wrote the lyrics with Prince on this one. The two had worked together previously when he wrote tracks for her albums. The tabloids claimed the two were romantically linked, though she has denied it. The song features a loop of a dog barking which reminds me of George Clinton and Parliament Funkadelic. It is really delicious in its funkiness and its double-entendre lyrics.
Posted by Martin Maenza at 5:13 AM