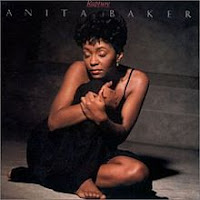 With her second studio release, 1986’s Rapture, R&B vocalist Anita Baker’s career jumped to the next level. The album sold 8 million copies (5 million in the US alone) and earned her two Grammy Awards (Best R&B Vocal Performance Female and Best R&B Song). Rolling Stone magazine ranked the record as number 36 on their list of 100 Greatest Albums of the 80’s. Chartwise, it went to number 50 in Germany, number 33 in Australia, number 32 in Sweden, number 25 in Canada, number 13 in the UK and number 12 in New Zealand. Here in the US, it spent one hundred and fifty-seven weeks on the Billboard Hot 100, peaking at number 11. It also went to number 12 on the US Billboard R&B chart.


The award winning song “Sweet Love”, the album’s first single opens the record. It went to number 97 in Australia, number 47 in the Netherlands, number 21 in Canada, number 13 in the UK, number 8 on the US Billboard Hot 100, number 3 on the US Billboard Adult Contemporary chart, and number 2 on the US Billboard R&B chart. Anita’s rich vocals are complimented by the wonderful piano and horn arrangements.

On “You Bring Me Joy”, Anita starts out smooth and low with just a simple piano accompaniment. It is an amazing slow dance song, holding close someone who brings up the happiness in you.

“Caught Up in the Rapture” is another rich song. I really like the drums on this one, very subdued but distinctive. It has a very classic R&B groove to it. As the second single, it peaked at number 51 in the UK, number 44 in New Zealand, number 37 on the US Billboard Hot 100, number 9 on the US Billboard Adult Contemporary chart, and number 6 on the US Billboard R&B chart.

The last song for the side is “Been So Long”. Like the previous songs, it too is about a relationship. But where the first three mere very much celebrations, this one is about longing and desire. It makes you wonder where her man has been. I like the scatting runs she takes on this one.

Side two begins with “Mystery”, the B-side to the second single. Its opening implies something a little different, and it does deliver a few interesting textures to the standard R&B groove.

“Watch Your Step”, the B-side to the first and fourth singles, closes the record with a mid-tempo track. It is a tale of caution to a heartbreaker. It is a nice change-up.

I had this album on cassette back in the day. What I loved about it was Anita’s confident yet controlled voice. She made it look effortless and kept the power notes from going over the top like some other big R&B divas might have. She found her own unique sound that was refreshing and timeless. The tracks do tend to tread similar water but this is clearly an area that Anita excels at. Why not stick with what you do well? This was definitely a good one for an easy listening evening or perhaps to put the stereo with the lights down low for a little snuggle time with the one you love.
Posted by Martin Maenza at 5:21 AM