Tears For Fears - The Hurting 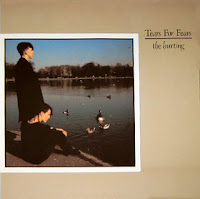 Today (March 7th) marks the thirtieth anniversary of The Hurting, the debut album from the British synthpop duo Tears For Fears. Formed in 1981, Roland Orzabal and Curt Smith put out their first singles in 1982 with good response. This followed with an album which hit number 73 on the US Billboard Hot 200, number 30 in the Netherlands, number 16 in France and New Zealand, number 15 in Germany and number 1 in the UK.


The original vinyl release came with the cover above, featuring the duo along a waterfront in a framed picture sort of way. The later CD releases went with a different shot as seen below - that of a small child cowering against a stark white backdrop.

Side one opens with the mid-tempo title track. “The Hurting” attempts to put into words the pains one experiences with hope that naming them will lead to healing.

“Mad World”, the third single, peaked at number 25 in New Zealand, number 21 in Germany, number 12 in Australia, number 6 in Ireland and number 3 in the UK. Accompanied by hauntingly moody percussion and synths, the lyrics paint a teenager’s viewpoint as he tries to make sense of the world around him.

“Pale Shelter” was released as a single twice. The first time in 1982 it charted in Canada at number 15; a year later, a revised version from the album was released and went to number 25 in Germany and number 5 in Ireland and the UK. The lyrics, heart-wrenchingly delivered, tell of a young man who feels he is not getting appropriate affection from his parents. I like the guitar flourishes that follow the synth chords in the opening.

The B-side to the third single was “Ideas as Opiates”. The song title comes from a chapter of American psychotherapist Arthur Janov’s book Prisoners of Pain, which discusses primal therapy concepts. The percussion here taps into a simple but raw emotional nerve.

“Memories Fade” comes from a place of hurt and loss. It starts out very intimate on the first verse and then builds in intensity.

Side two starts with “Suffer the Children”, which was the first track they recorded in 1981. The lyrics comment on parenting techniques and how the children are often the ones who are impacted the most by ill-prepared adults.

Leading with a strong guitar presence, “Watch Me Bleed” continues the personal pain monologue. There are a lot of things being hidden by a façade of normalcy.

“Change”, a song about friendship betrayal, was released as the fourth single; it went to number 73 on the US Billboard Hot 100, number 36 in New Zealand, number 32 in the Netherlands, number 29 in Australia, number 27 in Italy, number 13 in Canada, number 8 in Ireland and number 4 in the UK. This song was very likely my first exposure to the band, either from hearing the song on college radio or seeing the video on MTV.

“The Prisoner” was released as the B-side to “Pale Shelter” on its first release. Though it starts with a chaotic rhythm, this one actually perceives some light at the end of the dark, emotional tunnel of the songs before. It tells how love is the key to being set free, providing for an escape.

I like how the tones bounce from speaker to speaker in the beginning of “Start of the Breakdown”. In a fitting way, this start of finding some meaning and focus is the final track of the album. It provides a glimmer of hope. 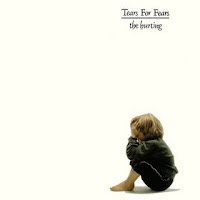 Except for the bigger hits, I had not heard all of The Hurting until doing this review. Overall, I found Tears For Fears’ debut to have a very solid theme running through out the tracks: that of youthful anguish and misery. I can’t tell if Orzabal was working through some kind of personal issues when writing these songs, but hopefully they are helpful to those with similar feelings and pain.