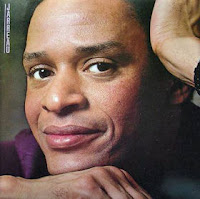 Today (March 28th) marks the thirtieth anniversary of Jarreau, the sixth studio album from seven-time Grammy Award winning jazz/R&B singer Al Jarreau. This Platinum seller went to number 60 in the UK, number 13 on the US Billboard Hot 200, number 4 on the US Billboard R&B chart, and number 1 on US Jazz chart.


Side one opens with “Mornin’”. As the second single, it peaked at number 28 in the UK, number 21 on the US Billboard Hot 100 and number 6 on the US R&B charts. Wow, I completely had forgotten about this one; I remember when it was all over the pop radio stations back in early 1983. This mid-tempo groove is full of sunshine and positivity.

“Boogie Down”, the first single, went to number 77 on the US Billboard Hot 100, number 63 in the UK and number 9 on the US Billboard R&B charts. This one features lots of bounce in the beat and hurrah in the horns. Again, here is another forgotten tune from the radio days - one that really puts me in a great mood just hearing it. It is definitely my favorite track on this record.

Things wind down with the love ballad “I Will Be Here For You”.

“Save Me”, the longest track on the record at six and half minutes, starts off slowly before moving into a steady mid-tempo groove. Jarreau shows his vocal skills here, easily spinning complex phrases with smooth precision.

Side two starts with “Step by Step”, a song about confidently pursuing someone until they acknowledge the attention and appreciate the affection.

“Black and Blues”, a denouncement of loneliness, features a great swinging rhythm.

“Trouble in Paradise” was released as the third and final single. It stalled at number 66 on the US R&B chart, number 63 on the US Billboard Hot 100 and number 36 in the UK. It recognizes that every relationship will experience bumps in the road, but it is those times that you need your strength the most - to find a way to rekindle that former fire once more.

Things slow down again with the next track. “Not Like This” was selected as the B-side to the second single. The simple piano accompaniment works well here with Jarreau’s solemn vocals as he conveys the hurt and pain of a relationship coming to an end.

If the last track was a door closing, “Love Is Waiting” is a window that is opened. With each new day comes a new opportunity to find a new relationship to fill an emotional void.

Jarreau is an inspiring, easy-listening album that still sounds fresh and fun three decades after its release. Al Jarreau is one of those smooth vocalists that are easy on the ears. The production value on the songs gets top marks, especially if you like those jazzy horns and synths like I do.
Posted by Martin Maenza at 4:30 AM

That 4-album stretch of Jay Graydon produced material was the very definition of 'firing on all cylinders'. In order, I rank those 4 as follows:
1. Jarreau
2. Breakin' Away
3. High Crime
4. This Time