Chicago - If You Leave Me Now 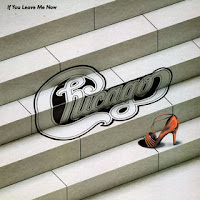 Welcome to another edition of Seventies Saturday. This week (the 14th) was also the sixty-eighth birthday of Walter Parazaider, a founding member of the band Chicago.

In late 1982, Chicago had chart resurgence with “Hard To Say I’m Sorry” (which went to number 1) and the follow-up single “Love Me Tomorrow” (which hit number 22 on the US Billboard Hot 100). In March of 1983, their label Columbia Record released a compilation album entitled If You Leave Me Now to capitalize on the new found fans.


Side one opens with “If You Leave Me Now”. From 1976's Chicago X, this Peter Cetera penned and sung single hit number 3 in Germany, number 2 in Belgium and New Zealand, and number 1 in Canada, the Netherlands, the UK and the US (both on the Billboard Hot 100 and the Adult Contemporary charts). It features a mix of rich strings, acoustic guitar and gentle percussion - that perfect storm for 70’s soft rock.

“Saturday in the Park” is from 1972's Chicago V. This picturesque song was written by keyboardist Robert Lamm from an inspired hotel room view of New York City's Central Park. As a single, it went to number 3 on the US Billboard Hot 100.

“Feelin' Stronger Every Day” is taken from 1973's Chicago VI. As a single, it peaked at number 10 on the US Billboard Hot 100. I like the slow build of this one musically.

“(I've Been) Searchin' So Long”, from 1974's Chicago VII, was written by horn player/vocalist James Pankow. As a single, it hit number 9 on the US Billboard Hot 100. Admittedly, this is probably my least favorite track on the collection; it just doesn’t do as much for me as the other songs.

Going back to their 1970 second album Chicago, the album version of “25 or 6 to 4” was released as a single that charted at number 7 in the UK and number 4 on the US Billboard Hot 100. The horn opening on this tune about the wee hours of the morning (3:35am or 3:54am) are phenomenal. I also like the driving drums as well.

Side two begins with “Baby, What a Big Surprise”, which first appeared on 1977's Chicago XI. This Cetera penned track also features Beach Boy Carl Wilson on backing vocals. As a single, it went to number 41 in the UK, number 19 in Switzerland, number 12 in Sweden, number 9 in Austria, and number 4 in the Netherlands and on the US Billboard Hot 100. I think I may have actually owned this one on a 45, probably one of my first singles bought when I was on the verge of becoming a teenager.

“Wishing You Were Here”, with its crashing ocean waves, is also from Chicago VII. This track went to number 11 on the US Billboard Hot 100 and number 1 on the US Billboard Adult Contemporary charts. It features backing vocal harmonies from Beach Boys Al Jardine and brothers Carl and Dennis Wilson who happened by the studio when Chicago was working on that record. I am not a big fan of this track either. I guess the number seven isn’t so lucky for me when it comes to Chicago albums.

“Another Rainy Day in New York City” also comes from Chicago X. This Lamm penned tune, with its Carribean-flavored rhythms, peaked at number 32 on the US Billboard Hot 100 and number 2 on the Billboard Adult Contemporary charts.

Going back to the group's 1969 debut album The Chicago Transit Authority, the version of “Does Anybody Really Know What Time It Is” here comes from the group's 1975 greatest hits compilation Chicago IX. As a single in 1970, it went to number 7 on the US Billboard Hot 100 and number 5 in the UK.

“Song For You”, the final track, is the only one from the record from the 80's; it first appeared on Chicago XIV. It also turns out to be the one track from this collection that I did not have in my music library. Listening to it via Spotify, I can honestly say I have no recollection of this one from my past.

For someone like me who did not really get into the songs of Chicago until the early 80's, If You Leave Me Now would have been an excellent collection to pick up. As noted, it contained many of their biggest hits from the decade or so prior, most of which I remember hearing all over AM radio growing up. Back in my vinyl buying days of high school, this would have delivered a big bang for the buck. Now that I am more into collecting music as full albums, I would likely go back and revisit each of the earlier releases to fill in with deeper, non-single tracks.