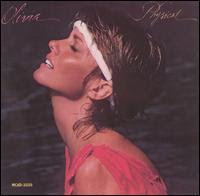 Today (September 26th) marks the sixty-fourth birthday of actress and Grammy award-winning singer Olivia Newton-John. Although she spent a good portion of the early part of her career, during the 1970’s, on the country charts, she crossed over into the pop arena by the end of the decade and continued that route in the early 80’s.

Working again with long-time producer John Farrar, Newton-John released Physical in October of 1981. It would go on to become her biggest selling album to date. The multi-Platinum selling record went to number 11 in the UK, number 8 in New Zealand, number 5 in Japan, and number 3 in Canada. In the US, it went to number 32 on the Billboard R&B charts and number 6 in the Billboard Hot 200. It also generated a trio of chart-breaking singles.


Side one opens with a “Landslide”, one of a number of tracks written by Farrar. As the third single, it went to number 52 in the US Billboard Hot 100 and number 18 in the UK. The lyrics of this mid-tempo track compare falling instantly in love to a geographical shift of the earth.

“Stranger’s Touch” continues the theme of a new lover and focuses on the mixed emotions of excitement and confusion. This one was used for the B-side for the second single.

“Make a Move on Me”, the second single, reached number 59 in Japan, number 43 in the UK, number 38 in Germany, number 22 in New Zealand, number 8 in Australia, and number 4 in Canada. In the US, it reached number 5 on the Billboard Hot 100 and number 6 on the Adult Contemporary charts. The song’s co-writer Tom Snow played the synthesizer on the track. Of the three singles from the album, this one is definitely my favorite. It is not as over-played as “Physical” and features an equally danceable rhythm.

“Falling”, the B-side to the third single, is a gentle ballad from Farrar. With a simple accompaniment, it showcases the same sweetness that made Newton-John a star in the 70’s.

“Love Make Me Strong” closes the side on a more rocking note, telling of the strength that love can give even across a long distance.

Side two begins with the title track. “Physical” was the first single from the album, and, thanks to a sexually charged fitness-themed video, rose to the number 1 spot in Australia, Canada, New Zealand, Switzerland, and, for ten weeks, on the US Billboard Hot 100. On the end of the year US Billboard rankings for 1982, it also took the top spot. Steve Lukather of Toto played guitar on this Grammy nominated track in the Best Female Pop Vocal Performance category.

“Silvery Rain”, with its gentle rhythm, makes a commentary on pesticides and chemicals wrecking havoc on the planet’s ecosystems.

The next ballad, “Carried Away”, was co-written by Barry Gibb and Albhy Galuten. Lukather played the acoustic guitar on this one.

Farrar and Snow collaborated on “Recovery” as well.

Newton-John penned the final track for the album. “The Promise (The Dolphin Song)”, the B-side to the first single, is another environmental themed composition. This time, the focus is squarely on the inhuman slaughter of a noble marine mammal.

Thanks to a couple hit films and her early 80’s albums, I was a fan of Olivia Newton-John. I had a copy of Physical on vinyl back in the early 80‘s; I received it as a Christmas present the year it came out. This one got a good bit of play on my turntable during the end of my high school years as I found it to be a solid collection of pop songs. It wasn’t until a few years ago that I replaced that long-gone copy with digital tracks for my music library.
Posted by Martin Maenza at 4:24 AM