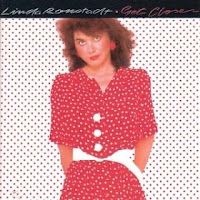 This month marks the thirtieth anniversary of Get Closer, the eleventh studio album from singer-songwriter Linda Ronstadt. This September of 1982 release went to number 48 in Canada, number 29 in Japan and number 26 in Australia. In the US, the album hit number 31 on the Billboard Hot 200 and number 19 on the Billboard Country charts, achieving a Gold sales certification.


The album earned Ronstadt nominations for Grammy Awards in two categories: Best Pop Vocal Performance Female and Best Rock Vocal Performance Female. She lost, however, to Melissa Manchester and Pat Benatar respectively. The album did, however, win a Grammy for Best Album Package for its cover artwork and design. How can you not love that polka dot pattern? It is instantly eye-catching and fun.

Side one opens with the title track. “Get Closer” was the first single; it hit number 30 in Canada and number 29 on the US Billboard Hot 100. Written by Jon Carroll, a member of the Starland Vocal Band, the song has an unusual 7/4 time signature that makes it quite memorable. Backed by guitarists Andrew Gold, Danny Kortchmar and Waddy Wachtel, Ronstadt delivers a confident demanding stance when it comes to love. The song has been used in recent years to sell Crest toothpaste in commercials.

“The Moon Is a Harsh Mistress” was written by Jimmy Webb in the early 1970’s and has been recorded by a number of artists over the decades. Ronstadt, accompanied here by Bill Payne on piano, really is able to belt out this one and show how her voice had further developed after her stint on Broadway in The Pirates of Penzance.

The second single “I Knew You When” went to number 90 in the UK, number 17 on the Canadian Adult Contemporary chart, number 84 on the US Country charts, number 37 on the Billboard Hot 100 and number 29 on the Adult Contemporary chart. Ronstadt works her vocal range well on this track, going from sweeping power notes to quieter, lower ranged ones with ease.

“Easy for You to Say”, the third and final single, hit number 54 on the US Billboard Hot 100, numbers 7 and 8 on the US and Canadian Adult Contemporary charts respectively. This mid-tempo ballad written by Jimmy Webb has a cool sway to it.

“People Gonna Talk”, with its bouncy beat and smooth saxophone solo, warns of the nature of gossip.

“Talk to Me of Mendocino” appears on the B-side of the second single. It is a cover of a 1975 song by Canadian singers Kate and Anna McGarrigle from their self-titled debut. Ronstadt’s version of this beautiful ballad includes Lindsey Buckingham on accordion, David Grisman on the mandolin and Dennis Karmazyn on the cello.

Side two starts with “I Think It’s Gonna Work Out Fine”, a duet with James Taylor. Their two voices harmonize well together on this song originally recorded by Ike and Tina Turner.

The B-side to the third single was “Mr. Radio”. This one harkens back to her country roots a bit, with steel guitar and all.

“Lies” was first recorded in 1965 by the Knickerbockers. Ronstadt kicks this one into overdrive with a quick-paced, hard rocking sound.

“Tell Him” was a hit single in 1962 for the Exciters. The cover here carries a confident attitude as one girl friend imparts love advice to another.

The second duet of the album is “Sometimes You Just Can’t Win”, a cover of a song first done by George Jones song. This duet with J.D. Souther was the B-side to the first single and was originally recorded back in 1977. It was not used until this album.

The final track is “My Blue Tears”, a song written by Dolly Parton. Parton along with Emmylou Harris provides vocals on this one that was recorded back in 1978.

Get Closer continues the musical evolution of Linda Ronstadt’s career from early 70’s country-rocker to 80’s sophisticated-songstress. As a fan of her music, I liked seeing her stretch and grow. While I did not own a copy of this album back in the day, it most definitely has a home in my digital music library today.
Posted by Martin Maenza at 4:30 AM