Talk Talk - The Party's Over 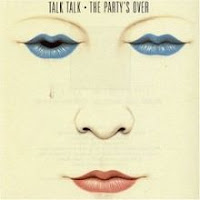 When the English rock band Talk Talk first came on the scene, they consisted of Simon Brenner on keyboards, Lee Harris on drums, Mark Hollis on vocals, and Paul Webb on bass. Today (July 20th) happens to be the fiftieth birthday of Harris.

This month also marks the thirtieth anniversary of The Party's Over, the group's debut album. Colin Thurston, best known for his work on the first two Duran Duran albums, produced the July 1982 release. The record went to number 21 in their native UK, number 47 in Sweden, number 94 in Australia and number 8 in New Zealand. Here in the US, the album stalled at number 132 on the Billboard Hot 200.


Side one opens with "Talk Talk". The single charted at number 52 in the UK upon its initial release. It was re-issued later in the year and went to number 23 in the UK and number 75 on the US Billboard Hot 100. The lyrics here about those who use words to twist and manipulate a situation to their best interest. The first place I heard this song was on the local college radio station in 1982. It has a lot of power and sound for just a quartet. I really like the mix of synths and piano, the driving drumbeat and the echoing effects on the vocals. This is definitely a new-wave classic.

Brenner opens "It's So Serious" with a rich synth, cascading sound. Hollis delivers the lyrical message of total heartbreak with a cool, almost detached demeanor.

"Today" as a single charted at number 16 in Ireland, number 14 in the UK and number 10 in New Zealand. Once again I am blown away by the intensity of the music here. It has a solid groove against which to dance.

I really had to puzzle over the title track "The Party's Over". With references to passage of time and the kids, I am leaning towards thinking it has to do with a couple divorcing. The music crashes in waves, like an ocean battering against the foundations of the relationship and helping it to further crumble.

Side two starts off with thundering intensity of “Hate". Harris’ drums are relentless on this one.

"Have You Heard the News?" is a dramatic piece about a man who survived a tragic accident but is haunted by the death of the other man involved that he could not save. I like the rise and fall of the octave on the keyboard hook that is prominent through most of the song.

"Mirror Man" is a commentary on the fashion of the time, and how everyone was trying so hard to dress in a similar manner. Then there is a woman who goes out of her way to buck the trend, to be an individual.

"Another World", an up-tempo track, charted at number 25 in Germany. The lyrics comment on the violence in the streets across town, totally foreign from the every day life of some of the London youth caught up in a world of music and fashion.

The album closes on a slower note with "Candy". The piano piece on this one has a rich, almost classical feel to it, and the drumbeats keep a march time.

While I knew of Talk Talk, I only had a passing familiarity with their music. Listening to The Party’s Over for this blog post was a very pleasant surprise. I found the whole album to be full of lush musical compositions, with the at-times haunting vocals of Hollis to be icing on the cake. This is definitely one I plan to revisit again very soon.
Posted by Martin Maenza at 4:30 AM