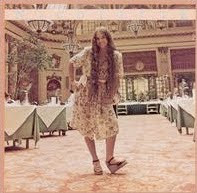 Today (July 17th) would have been the sixtieth birthday for American singer Nicolette Larson. She passed away on December 16, 1997, due to complications from cerebral edema triggered by liver failure.

The Montana born Larson worked with a number of artists in the early 1970’s including Neil Young, Hoyt Axton, Emmylou Harris and Linda Ronstadt. On September 29th of 1978, she released her first studio album entitled Nicolette. It soared up the US Billboard Hot 200, settling in at number 15. It also scored a number 1 on the Canadian album charts.


Side one starts off with “Lotta Love”, a track written by Neil Young (which he also recorded that year on his album Comes a Time). As the first single, it hit number 8 on the US Billboard Hot 100, number 1 on the US Adult Contemporary, number 4 in Canada and number 1 on the Canadian Adult Contemporary chart. It also went to number 22 in New Zealand and number 11 in Australia. I can remember singing along to this one when it came on my radio back in the day. I like the soft rock horns at the opening and the lavish string arrangements used here; it makes for a good mid-tempo dance song without falling completely into the disco realm that many songs did in 1978.

In 1957, Sam Cooke had a smash hit with “You Send Me” which he took all the way to number 1. Larson performs her version here with a sweet gentleness. The accompaniment has a subtle jazz swing with a saxophone solo by Andrew Love.

“Can’t Get Away From You”, a mid-tempo rocker written by Lauren Wood, features guitar work by Eddie Van Halen whose own group had their recording debut earlier in 1978.

Larson changes up styles next with “Mexican Divorce”, a south-of-the-border country tune. The lyrics tell of the sorrow felt after the dissolution of a marriage.

Side two begins with “Baby, Don’t You Do It”, a cover of the 1964 Marvin Gaye hit. Larson and her band give the cover a soulful spin.

“Give a Little”, the final single, only got to 104 on the US Billboard Hot 200 but soared to number 19 on the US Adult Contemporary chart. Written by Bill Payne of Little Feat, the song features his signature piano rock blues sound.

“Angels Rejoiced” is a cover of a classic country gospel tune by Ira and Charlie Louvin. The track features mandolin played by Albert Lee.

The gentle swaying “French Waltz”, written by Canadian songwriter Adam Mitchell, is next. It, of course, features a chorus in French.

“Come Early Mornin’” falls squarely in the country music category. Her she reminds me very much of her friend Ronstadt; I could easily see this one appearing on one of the latter’s albums in the 70’s.

The final track, the beautiful ballad “Last in Love”, was written by Glenn Frey and J.D. Souther.

I have always had a fondness for the female singers of the 70’s; I am not completely sure why. Nicolette Larson certainly falls into that category. Listening to this debut record, I realized that “Lotta Love” was not just a fluke track. Larson clearly had a broad taste in musical styles which are reflected on this solid album.
Posted by Martin Maenza at 4:30 AM