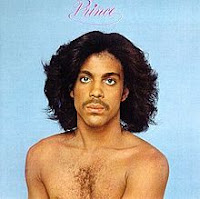 Prince closed out the decade with the release of his self-titled second album on October 19, 1979. Written shortly after the release of his debut album, the multi-talented musician/song-writer/singer completed the record in seven weeks time.

Warner Brothers was concerned after the performance of his debut album and was looking for this record to perform. Prince delivered by going Platinum in the US after climbing all the way to number 22 on the Billboard Album and number 3 on the Billboard R&B charts.


Side one starts off with “I Wanna Be Your Lover”. As the lead single, it did exactly what the label wanted - giving Prince his first big hit. While it only went to number 41 in the UK, it reached number 3 in New Zealand. In the US, it went to number 11 on the Billboard Hot 100, number 2 on the Dance charts and number 1 on the R&B charts. I can remember this one playing on the radio; the guitar hook on it is instantly contagious. It also showcases Prince’s amazing falsetto.

As the second single, “Why You Wanna Treat Me So Bad?” climbed to number 13 on the US R&B charts. Unlike the first track, this one’s guitar is heavier. However, both songs are extremely danceable. The lyrics here are about dealing with a cruel lover.

“Sexy Dancer” got a good bit of play on the US Dance charts, topping out at number 2. And rightly so as it features a funky disco beat with minimal lyrics. It relies instead upon a strong bass guitar riff, grunts and screams to convey the enticing mood. I really Prince’s piano solo on this one.

The dance party takes a bit of a break with the ballad “When We’re Dancing Close and Slow”. The tempo is soft and wistful, and the lyrics are much tamer than some of his later, more sexually suggestive slow-jams.

The ballad “With You” kicks off side two. Back in the vinyl days, this was probably an okay thing to do - end a side with a ballad and start a side with a ballad. But when you listen to the whole record via a CD or digitally, this track and the previous one sort of blend a bit too much.

“Bambi” is a hard-rocking tune that features a searing electric guitar right from the start. It is an ode to a party girl who experiments sexually with other women. Prince implores her that it is better with a man, and he is all too eager to be the one to convince her.

“Still Waiting” had a cool reception on the US R&B charts where it stalled at number 65. This piano/synthesizer-based ballad is about a young man who has not yet found love but longs for it.

“I Feel For You” won Prince a Grammy Award for Best R&B Song in 1985 after Chaka Khan covered the tune for her 1984 album I Feel For You. I actually discovered this version after hearing the cover and found I liked it as much if not more so. This original version is cleaner, stripped down with a solid funky groove.

The mid-tempo ballad “It’s Gonna Be Lonely” closes the album. I like the effect of the percussion as it dribbles from one speaker to another.

My first exposure to Prince came in 1981 and his fourth album Controversy. While I was an instant fan from that point, it took me a number of years before I moved back to his earliest releases. I did not pick up his debut and Prince until much later in the 80’s, on cassette at first. What I really like about this album is that you can see the evolution of his song-writing craft as he moved from an atypically R&B performer to the super-star he has become. Even still, his musicianship was never in question even early on. The fact that he produced his albums from day one and played all of the instruments on these first few releases is amazing.
Posted by Martin Maenza at 4:30 AM

Email ThisBlogThis!Share to TwitterShare to FacebookShare to Pinterest
Labels: 70's, I Feel For You, I Wanna Be Your Lover, music, Prince