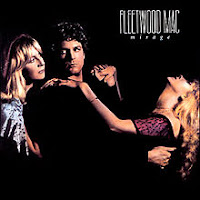 Today (June 23rd) marks the thirtieth anniversary of the release of the thirteenth studio album by Fleetwood Mac. After a year long hiatus following their Tusk tour during which both Stevie Nicks and Lindsey Buckingham put out solo records, the band released Mirage in 1982.

The record sales topped two million units alone in the US and a million in the UK. Chart-wise, the album went to number 12 in Germany, number 10 in Sweden, number 5 in both the France and the UK, number 4 in Canada, and number 2 in Australia. In the US, it spent five weeks at the number 1 spot on the Billboard Hot 200.


Side one begins with “Love in Store”, the third single from the album. It went to number 22 on the US Billboard Hot 100 and number 11 on the Adult Contemporary charts. This Christine McVie penned song speaks to a new, supportive relationship.

“Can’t Go Back” went to number 83 in the UK. In the US, it served as the B-side of the “Love in Store” single. Buckingham’s touches are all over the sound of this track which he wrote. I really like the keyboard melody on it.

“That’s Alright” was a track penned by Nicks back in 1974 during the Buckingham/Nicks days. It served as the B-side to the single of “Can’t Go Back”. The song has a bit of a country-flavor to it musically.

Buckingham co-wrote “Book of Love” with Richard Dashut who produced a number of albums for the band. The lyrics deal with the complicated nature of being only just friends with someone you once were in an intimate, loving relationship. The “ha ha ha” background in the chorus is done in an almost mocking way.

The second single “Gypsy” was written by Nicks back in 1979 but not recorded until a number of years later. It went to number 46 in UK, number 42 in the Netherlands, number 35 in Germany, number 25 in Ireland, number 17 in Australia, and number 1 in Canada. In the US, the song reached number 12 on the Billboard Hot 100, number 4 on the Mainstream Rock chart, and 9 on the Adult Contemporary charts. The lyrics are autobiographical, referring to Nicks and her high school friend Robin.

“Only Over You”, another McVie track, has a bit of an old school 60’s R&B or Motown sound to it. It is has a light, airy quality to it.

“Straight Back” made it to number 36 on the US Mainstream Rock Tracks chart. The lyrics refer to Nicks’ separation from her then lover Jimmy Iovine and returning to the band after launching her successful solo career.

“Hold Me”, the first single, went to number 64 in Germany, number 45 in New Zealand, number 25 in the Netherlands, number 12 in Australia, and number 2 in Canada. In the US, it got as high as number 4 on the Billboard Hot 100, number 3 on the Mainstream Rock chart, and number 7 on the Adult Contemporary chart. In this song, McVie wrote about her tortured relationship with Dennis Wilson of the Beach Boys. I’ve always liked that simple piano opening.

As a single, “Oh Diane” went to number 46 in Germany, number 35 on the US Adult Contemporary chart, number 9 in the UK, and number 8 in Ireland. I like the fact that this one has a bit of a bouncy throwback to the early rock songs of the late 1950’s musically.

“Eyes of the World” was the B-side to the first single. Buckingham delivers a bouncy track that allows the band to really jam. Lyrically, the song makes reference to a child’s nursery rhyme with two of the lines.

The beautiful McVie ballad “Wish You Were Here” closes out the album. It opens with a clear, crisp piano solo.

Mirage takes me back to my final year of high school, when Fleetwood Mac was once again on the pop airwaves while still staying steady on the album-oriented rock station. The three voices of the band who also continue to be the group’s primary writers give the record distinct flavors that work well together. They are sort of like the Neapolitan ice cream of rock. The 1982 album ties for my second favorite release by the group.
Posted by Martin Maenza at 4:30 AM