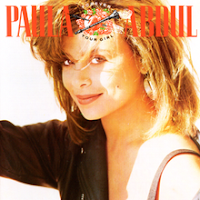 The former Los Angeles Lakers cheerleader made her recording debut with 1988’s Forever Your Girl. The multi-Platinum album, released on June 13th of that year, was a smash hit across the globe. It went to number 24 in Germany, number 19 in New Zealand, number 15 in Sweden, number 12 in France, number 6 in Sweden, number 3 in the UK, and scored the number 1 spot in Australia and Canada. In the US, it took the album sixty-four weeks from its debut to hit the number 1 spot on the Billboard Hot 200; it held that top spot for a week in October of 1989 and then again for eight weeks in the spring of 1990.


Side one begins with "The Way That You Love Me". As the second single, it stalled at number 88 on the US Billboard Hot 100 but it went to number 18 on the Dance Charts and number 10 on the R&B charts. Upon re-issue in 1989, the single hit number 74 in the UK, number 12 in New Zealand, number 5 in Canada, and number 3 once more on the US Billboard Hot 100. This dance-club favorite opens with a thumping, funky beat and doesn’t let go until over five minutes later. It is perfect for those cardio-workouts.

"Knocked Out", written by Babyface and L.A. Reid, was the first single released. It only got to number 98 in the UK (and number 45 when re-issued again in 1989), but it hit number 41 on the US Billboard Hot 100, number 14 on the US Dance charts and number 8 on the US R&B charts. Given the two power producers behind this track, it is no surprise that it has a slamming dance beat.

"Opposites Attract" is a duet with the Wild Pair, a singing duo made up of Bruce DeShazer and Marv Gunn. As the final single, released in 1990, it went to number 19 in Sweden, number 14 in Germany, number 2 in the UK, and number 1 in Australia, Canada, and the US. This one ties as my favorite track on the album (along with the opening cut). I really like the back-and-forth of the lyrics between Abdul and the Wild Pair.

The dance party continues with the next track "State of Attraction". I like the strong synthesizer keyboards on this one; they give it a bit of a Minneapolis sound.

The side closes with "I Need You" which was co-written by Jesse Johnson. Johnson plays the keyboards and drums on this one, with Sheila E’s saxophone player Eddie M providing the horns.

Side two opens with the title track. "Forever Your Girl" was the fourth single; it went to number 24 in Sweden and the UK, number 17 in Germany, number 11 in New Zealand, and number 1 in both Canada and the US. Troy Williams performs the signature saxophone on this bouncy, sugar-sweet song about pure devotion.

The third single "Straight Up" was her break-out hit across the globe. It went to number 27 in Australia, number 18 in Canada, number 12 in France, number 6 in New Zealand, number 3 in Germany, Sweden and the UK, number 2 in New Zealand and Sweden, and number 1 in Norway. Here in the US, it hit number 3 on the Dance charts, number 2 on the R&B charts and number 1 on the Billboard Hot 100. The sharp rhythms of this one match the in-your-face attitude of the lyrics; Abdul really sells the later very well in the music video for this one.

"Next To You" is the album’s sole ballad. It feels like it stepped right off a Janet Jackson album; Abdul’s vocal inflections even mirror those of Ms. Jackson.

As the fifth single, "Cold Hearted" hit number 2 in Canada and number 1 on the US Billboard Hot 100. This one has attitude has well; no surprise that it and “Straight Up” were composed and produced by the same man, Elliot Wolff.

"One or the Other", the only track on the debut of which Abdul contributed to the writing, closes out the album. The song has a very funky groove to it thanks to Bob Somma on the guitar.

When Forever Your Girl hit record stores in the summer of 1988, I was in my first year post-college living in North Carolina and working for IBM. I can remember Paula Abdul being all over the Top 40 radio station and MTV at the time. I had a copy of this album on cassette which I played very often in my car or on the stereo in my apartment. The music, with its strong focus on danceable compositions, was right in line with my evening exploits of going out to local night spots to unwind. Despite having six different producing teams, this one holds together well and is still a great album to get the blood flowing. It is definitely one of my favorites from the late 80’s.
Posted by Martin Maenza at 4:30 AM