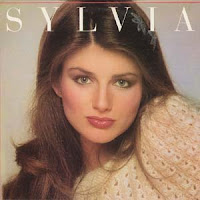 Country singer Sylvia followed her 1981 debut album Drifter with the 1982 follow-up album Just Sylvia, a title that referred to her performing under just her first name. Today we celebrate the thirtieth anniversary of the record. It would be her best-selling album to date, going Gold in both the US and Canada. Chart-wise, it hit number 51 in Canada, number 56 on the US Billboard Hot 200 and number 2 on the US Billboard Country chart.

Side one begins with the smash hit single "Nobody“. I am a big fan of this song - I have since I first heard it on the radio back in 1982. The lyrics tell the story of a wife who suspects her husband of infidelity and is determined to win him back from the nameless, faceless other woman. In the US, the Gold selling record went to number 15 on the Billboard Hot 100, number 5 on the Adult Contemporary chart and number 1 on the Country charts. In Canada, it went to number 5 on the Pop and Adult Contemporary charts and number 1 on the Country chart. This second single from the album was so popular that it earned her a Grammy nomination for Best Female Country Vocal Performance.

"Mirage" opens with a lovely piano accompaniment before moving into an up-tempo pop-country rhythm for the chorus.

"Sweet Yesterday", released at the end of 1981 as the first single, hit number 12 on the US Country charts and number 11 on the Canadian Country charts. The melancholy music mirrors the retrospective lyrics of a love lost.

On "You're a Legend in Your Own Mind" Sylvia puts a self-centered guy in his place after she has seen through his well-groomed façade.

The side closes with "You Can't Go Back Home", a slow song about returning to the place you grew up. I like the ending touch too. Listening to this one, I cannot help but think of the small town I grew up in and how things have changed each time I manage to get back up north.

Side two opens with "Like Nothing Ever Happened". As the third single, it went to number 2 on the US Country charts (spending twenty weeks total on the chart) and number 1 on the Canadian Country charts. This mid-tempo one sounds perfect for a close dance on a starry night.

"I'll Make It Right with You" was the B-side to the second single. On this one, Sylvia seems to be channeling the legendary Patsy Cline; it has a classic country feel to it from the music to the vocal inflections.

"Not Tonight" has a toe-tapping rhythm and entrancing guitars with a gritty edge to them. It revisit’s a similar theme as the first track on the album but with a very different musical spin.

"I Feel Cheated", a slower ballad about an broken relationship, was the B-side to the first single.

"The Mill Song (Everybody's Got a Dream)" closes the album with a story about growing up in a factory town with aspirations for something bigger.

Sylvia was twenty-five at the time she recorded Just Sylvia. I remember when I saw her on shows like Solid Gold and the talk shows of the day to promote the record; I was totally struck by how lovely she was with a beautiful voice to match. It is always a joy to listen to songs that tell stories, something that seems to be missing from a lot of pop music today.

The RCA label did not know how to properly promote Sylvia, to help her achieve that next level of star status. Given that you cannot find this album on digital download anywhere today, clearly they failed to realize what they had in her and this record. Thanks to the folks on YouTube who posted the tracks so I could give this one a proper review.
Posted by Martin Maenza at 4:30 AM