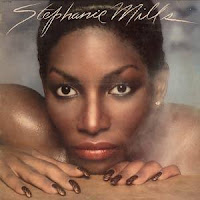 This month marks the thirtieth anniversary of the release of Tantalizingly Hot, the sixth studio album by American R&B and Broadway star Stephanie Mills.

The 1982 record was her first on the Casablanca Records label and included production work by James Mtume, Reggie Lucas, and Nick Ashford & Valerie Simpson. It peaked at number 48 on the US Billboard Hot 200 and number 10 on the Billboard R&B charts.


Side one opens with "Last Night", the first single from the album. While it came up short of the US Billboard Hot 100 (it only hit number 101), it went all the way to number 14 on the Billboard R&B singles chart. The song has a solid dance beat with a funky bass groove, a perfect party tune.

"Still Lovin' You" slows things down for a sentimental post-breakup song. You can really feel the yearning in her voice.

The second single "Keep Away Girls" hit number 13 on the US Billboard R&B chart. Via the lyrics of this mid-tempo number, Mills issues a warning to all the other women around: stay clear of her man.

"You Can't Run From My Love", the final single, stalled at number 59 on the R&B chart but went to number 15 on the US Dance singles chart. I could easily see how this one was a club hit back in 1982; it has a good beat and would be easy to mix in with other tracks.

Side two begins with "True Love Don't Come Easy", a mid-tempo groove that sums up how difficult the dating scene can be.

"Your Love Is Always New" captures that spark of excitement of the early days in a relationship and replays them over and over again. This track has a slightly harder edge thanks to an electric guitar solo before the final chorus.

"I Can't Give Back the Love I Feel For You" closes out the album. It goes from a slower opening to a danceable beat by the second verse. The lyrics reflect upon post-breakup feelings as well.

I was a fan of Stephanie Mills since her debut in the late 1970’s. Tantalizingly Hot shows that she was easily playing on the same level, in my opinion, as Patti LaBelle and Diana Ross as far as R&B female singers go. The solid compositions on this album allow her to cover a lot of range musically. I am rather curious though why the remastered CD version of the album dropped the playlist down from eight to six tracks.
Posted by Martin Maenza at 4:30 AM