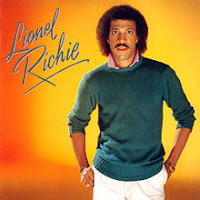 After a number of years as lead singer for the Commodores, Lionel Richie decided to try his hand as a solo artist. Today (October 6th) marks the thirtieth anniversary of the self-titled solo debut release Lionel Richie. The album was a multi-Platinum seller. It went to number 41 in Sweden, number 21 in the Netherlands, number 18 in Australia, number 9 in the UK, number 5 in Canada and number 3 in New Zealand. Here in the US, it reached number 3 on the Billboard Hot 200 and number 1 on the Billboard R&B charts.


Side one starts with "Serves You Right", an up-tempo dance tune about a break up and realization of losing a good thing. I could easily see club DJ’s spinning this one back in the day; it easily could have been a hit on its own. Strong start for the record.

Things slow down with the next track "Wandering Stranger". Richie perfectly conveys the loneliness and heartache of this one.

"Tell Me", a mid-tempo groove, is about facing a crossroads in a relationship.

The third single from the album was "My Love" hit number 88 in Australia and number 70 in the UK. In the US, it hit number 6 on the R&B charts, number 5 on the Billboard Hot 100 and number 1 on the Adult Contemporary charts. Country music star Kenny Rogers, whom Richie worked with previously, provided backing vocal harmonies on the song. I can remember this being a slow dance favorite during my final year of high school and my first year of college.

Side two opens with the mid-tempo rhythms of "Round and Round", the B-side to the third single.

The first single from the album "Truly" hit number 1 on the US Billboard Hot 100 (for two weeks) and the Adult Contemporary charts (for four weeks). It was also number 2 (for two weeks) on the US Billboard R&B charts, number 6 in the UK and number 7 in Australia. The song earned Richie a Grammy Award win in the category of Best Male Pop Vocal Performance. I like the simple piano opening and the soft introduction of the strings and more. This one too was another slow dance go-to track; Richie’s vocal magic was the perfect deal closer for the dance-floor first kiss.

"You Are" was the second single from the album; it went to number 43 in the UK, number 29 in the Netherlands, number 17 in Australia, number 4 on the US Billboard Hot 100, number 2 on the Billboard R&B charts and number 1 on the US Adult Contemporary charts. Richie co-wrote the romantic love song with his then-wife Brenda. This song about ultimate adoration has a beat that invites one to finger-snap along to it.

The B-side to the second single was the gentle ballad "You Mean More To Me".

"Just Put Some Love in Your Heart" was chosen as the B-side for the first single. The short ballad, slightly over a minute, closes out the record.

The 2003 re-mastered edition of the CD added Richie's 1981 smash duet with Diana Ross, the title track of the film Endless Love. That Platinum selling number 1 single (on the US Billboard Hot 100, the Billboard R&B charts and the US Adult Contemporary charts) was the precursor to his successful solo career.

Even though lyrically the songs on Lionel Richie are fairly straight-forward pop music fare, it is the melodies and the conviction of Richie’s vocal delivery that really sell them. And there-in lays the strength of this album. While I never owned a copy of this one on vinyl, it is part of my digital music collection today. I think it holds up pretty well after three decades.
Posted by Martin Maenza at 4:30 AM