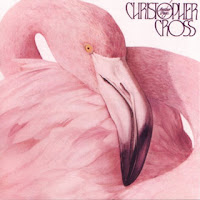 After his phenomenal hit selling, self-titled debut record from 1979 (click here for that review) and a number 1 hit song with the title theme from the 1981 film Arthur, Christopher Cross had a lot riding on his follow up album. Today (January 31st) marks the thirtieth anniversary of the release of Another Page, his second studio album.

The record went Gold in both the US and the UK. Chart-wise, it climbed all the way to number 12 in Sweden, number 11 on the US Billboard Hot 200, number 9 in New Zealand, number 7 in the Netherlands, number 6 in Australia, number 4 in the UK, number 2 in Germany and number 1 in Japan.


Once again, Cross has an all-star line up assisting him. On vocals, there is Art Garfunkel, Don Henley, Michael McDonald, J.D. Souther and Carl Wilson. From Toto, there is Steve Lukather and brothers Mike and Jeff Porcaro. There are also jazz saxophonists Tom Scott and Ernie Watts, Brazilian percussionist Lenny Castro, and Mexican guitarist Abraham Laboriel. The record was produced by multiple Grammy Award winner Michael Omartian.

Side one opens with “No Time for Talk”; as the second single, it reached number 33 on the US Billboard Hot 100 and number 10 on the Adult Contemporary charts. The song about a troubled relationship features rich keyboards and percussion at the start.

“Baby Says No” is a gentle, mid-tempo number about falling in love.

Karla Bonoff gives Cross an assist on the duet “What Am I Supposed to Believe”. Their two voices blend perfectly on this piano based ballad.

“Deal ‘Em Again” uses the metaphor of gambling in a high stake game of cards when talking about relationships.

Fans of the soap opera General Hospital will know this next track. “Think of Laura”, the third single, went to number 9 in Canada and on the US Billboard Hot 100, and number 1 on the US Adult Contemporary charts. While the ABC soap adopted the song as a romance theme for their super couple of characters Luke Spencer and Laura Webber, Cross wrote the song to mourn the death of Laura Carter, a Denison University student who was fatality in a shoot-out between four men. The lyrics ask for her to be remembered with laughter rather than tears.

Side two begins with “All Right”, the first single from the album. It charted at number 51 in the UK, number 44 in New Zealand, number 23 in Germany, number 14 in Ireland, number 13 in Canada, and number 5 in Norway. Here in the US, it peaked at number 12 on the Billboard Hot 100 and number 3 on the Adult Contemporary charts. Lukather provides the guitar solo on this track that was adopted by CBS Sports for highlights of the 1983 NCAA Men’s Division I basketball tournament. I can fondly remember this one coming on the radio and, with its positive message, raising my own spirits by the time it came to an end.

Things slow down again with “Talking in My Sleep”, a gentle ballad about nocturnal revelations.

The next two tracks “Nature of the Game” and “Long World” continue the mellower mood. They reflect about the natures of love and life respectively.

“Words of Wisdom” picks up the tempo slightly as it closes out the album. The lyrics talk about the advise one gets from family and friends after experiencing a break-up, and how all the words can sound the same.

I have always been a sucker for romantic films and sentimental soft-rock songs. So, Another Page is right up my alley. Sometimes you just need a little easy-listening music after a long day, and Christopher Cross’ tenor voice is the right balance of soothing and emotion-filled for me.
Posted by Martin Maenza at 4:30 AM