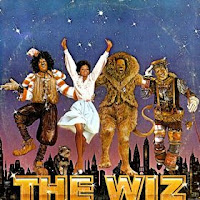 On October 24th, 1978, a big budget Hollywood musical adaptation of popular Broadway musical The Wiz rolled into movie theatres. This urbanized-retelling of L. Frank Baum’s The Wonderful Wizard of Oz starred Diana Ross (as Dorothy), Michael Jackson (as the Scarecrow), Nipsey Russell (as the Tin Man), Ted Ross (as the Cowardly Lion), Mabel King (as Evilene, the Wicked Witch of the West), Lena Horne (as Glinda, the Good Witch of the South) and Richard Pryor (as the Wizard).

A few weeks prior, on September 18th, the double-record soundtrack album was released. This record went to number 40 on the US Billboard Hot 200 and number 33 on the Billboard R&B charts. Today, we will give it a listen.


Side one begins with the “Main Title (Overture, Part One)” and is followed by “Overture (Part Two)”. These two instrumentals played over the opening credits and give musical cues to tracks to come.

“The Feeling That We Have” is sung by Theresa Merritt (who played Aunt Em) and a chorus. Her vocals are rich and vibrant, backed by a simple musical accompaniment.

“Can I Go On?”, an original song for the film by Quincy Jones and Ashford & Simpson, is performed by Diana Ross. I like how the last two tracks flow seamlessly, just as they did in the film.

Next is another brief instrumental “Glinda’s Theme”. Then Thelma Carpenter (playing Miss One, the Good Witch of the North) and a chorus perform “He’s the Wizard”. The song creates a bit of an oompa-band, carnival atmosphere to it as Dorothy finds herself among the graffiti kids of Munchkinland. It sweeps and soars with its up-lifting beat.

Diana Ross then sings “Soon As I Get Home”/”Home”, a heartfelt longing for the old and familiar.

Side two opens with the appearance of the Scarecrow, with Jackson singing “You Can’t Win”. As a single, the funky groove charted at number 81 on the US Billboard Hot 100 and number 42 on the R&B charts. The lyrics tell of the frustrations of feeling helpless and humiliated by the world around you.

Diana Ross and Jackson then sing the film’s signature song “Ease on Down the Road”, which appears again three other times in the film. As a single, it went to number 45 in the UK, number 41 on the US Billboard Hot 100, number 17 on the Billboard R&B charts, and number 1 in Turkey. You can feel the strength of the long-time relationship between the two singers on this up-tempo, funky dance tune.

Russell delivers the smooth “What Would I Do If I Could Feel?”. It has a soft jazzy sound with light piano and sultry saxophone.

“Slide Some Oil to Me” has an old-fashioned rag-time rhythm, allowing Russell another opportunity to get down while his character gets moving again.

After a brief reprise of “Ease on Down the Road”, Ted Ross is introduced with “I’m a Mean Ole Lion”. He originated the role of the Lion on Broadway and won a Tony Award for it, so his rich, booming vocal performance here adds a nice link to the source.

Another “Ease on Down the Road” reprise is next, followed by the instrumental “Poppy Girls”. The bass line on this one is awesome and gritty.

Side three starts with Diana Ross taking the lead on the lullaby-like “Be a Lion”. Ted Ross joins her at the end.

The instrumental “End of the Yellow Brick Road” follows and leads into the “Emerald City Sequence”, a groovy chorus sung tune about the rich life in the capital of Oz. The nearly seven-minute long number was elaborate in the film with each color change also altering the musical style slightly.

Pryor’s spoken dialogue “So You Wanted to See the Wizard” is next. This one does not work for me here, but I get why it was added to carry the story on the record. I think it could have been left off the soundtrack.

“Is This What Feeling Gets? (Dorothy’s Theme)” is an introspective number with Diana’s lovely vocals.

Side four features the show-stopper “Don’t Nobody Bring Me No Bad News” by King. This is one of those songs that has stuck with me over the decades as I often found its chorus running through my head. King’s gospel style is perfect here.

Luther Vandross’ penned “A Brand New Day” is performed by the cast. The triumphant piece, complete with full orchestration, clocks in at nearly eight minutes in length. It is hard for me to listen to this one without having my own spirits elevated too.

“Believe in Yourself (Dorothy)” is all about knowing your own strengths, even if they are hidden behind fear or self-doubt.

The instrumental “The Good Witch Glinda” heralds the arrival of Horne’s character. She then delivers “Believe in Yourself (Reprise)”.

The album then closes with Diana Ross and a full version “Home”. Whitney Houston made her television debut on The Merv Griffin Show on April 29th, 1983, with the song. Stephanie Mills recorded a version in 1989 and took it to number 1 on the Billboard R&B charts. Melinda Doolittle, one of my favorite American Idol contestants, performed it on week 12 of the 2007 competition. Broadway star Kristin Chenoweth performed it on Glee in 2010.

Growing up, I was a huge fan of Baum’s story, having read it numerous times. I cannot recall with certainty if I saw The Wiz in theatres or not, but I know I watched it a number of times when it was on HBO a few years later. Listening to this soundtrack again, over thirty four years later, I can visualize the scenes from which each song was taken. For fans of funk, R&B and Broadway musicals, this one is the perfect blend. It might be time to see if this one is OnDemand somewhere.