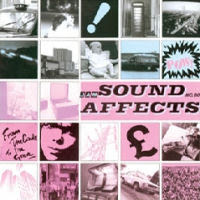 On November 28th of 1980, the English band called the Jam released their fifth studio album called Sound Affects. The band was heavily influenced at the time by music from other groups like Gang Of Four and Joy Division, as well as albums like Michael Jackson’s Off the Wall. Those influences helped shape the eleven tracks here.

The record was the group’s best selling disk to date, going Gold in their native UK and reaching the number 2 spot on the charts. It also went to number 72 on the US Billboard Album chart, number 39 in Canada, number 17 in Sweden, and number 2 in New Zealand. Q magazine, a UK publication, ranked the album as number 15 on its 40 Best Albums of the 80’s list.


“Pretty Green” starts off side one. The music has a nice punk-feel to it with very strong guitars and a driving drumbeat. The lyrics are a pleasant sounding ode to money. The contrast between the two really makes the song work for me.

“Monday” has a bit of a psychedelic 60’s feel to it with a strong sprinkling of Beatles to boot. Again, the lyrics have a nice melody to them.

The tempo kicks up a few notches with “But I’m Different Now”. The song is less than two minutes long, but it is packed with a pop punch.

“Set the House Ablaze” keeps the tempo going. In fact, this one has quite an urgency to it that sets the tone nicely. The whistles add some ominous to elements to it as well.

“Start!” changes up the sound a little bit; it has a bit more of a pop-rock sound to it. In the UK, this single debuted at number 3 spot and eventually made it up to number 1. The bass riff, played by Bruce Foxton, is based on the Beatles’ “Taxman” from 1966.

“That’s Entertainment” was the other single from the album, but it could only be purchased in the UK as an import. That didn’t stop it from reaching number 21 on the UK charts. Unlike all the other songs on the record, this one embraces an acoustic arrangement. The lyrics paint a picture of the life of the British working class. The song is one of the band’s most known, having been covered by a number of acts and earning it a spot on Rolling Stone magazine’s list of 500 Greatest Songs of All-Time.

Side two opens odd backward masking that starts the song “Dream Time”. It gives the song a very surreal feel to it, much like a dream would be. It then explodes into an up-tempo rocking groove.

It is easy to pick up the 60‘s influences in “Man in the Corner Shop”. They are tempered with more modern touches as well.

“Music for the Last Couple” starts off with a combination of odd sound effects. The fly buzzing especially is kind of annoying, especially with headphones on. The rest of the song has a nice beat to it thanks to drummer Rick Buckler, who was one of the co-writers on this one.

“Boy About Town” is very bouncy and a bit carefree in its sound. I really like the horns on it as well.

The record ends with “Scrape Away”, a song with a bit more punk sensibility and attitude. It reminds me a little bit of the Clash.

As a freshman in high school in 1980, I was still into my top-40, post-disco phase of music - however I was starting to explore the imports coming in from the UK. My exposure to some of these songs came from my usual sources - the local college radio station and my older brother’s musical tastes.

I really like Sound Affects. Paul Weller is a fantastic song writer and together the Jam has a very tight sound, executing these songs like a well-oiled machine. I’m definitely going to add a few more of these songs to my music library.
Posted by Martin Maenza at 5:31 AM