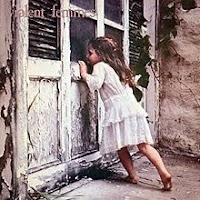 Hailing out of Milwaukee, WI, the Violent Femmes was a trio of alternative rockers. Gordon Gano was the singer, guitarist and songwriter of the group. Brian Richie played bass and Victor DeLorenzo played drums. They were inspired by the initial wave of American punk rock of the late 70’s and early 80’s.


Their first album, the self-titled Violent Femmes, was recorded in the summer 1982 and released in the States in April of 1983. The songs proved to be so lasting and engrained in the DNA of a generation that they appeared in many places for decades after. This included films like I Was A Teenage Zombie, Reality Bites, Grosse Pointe Blank and Rocket Science. Television shows like How I Met Your Mother and video games like Tony Hawk’s Underground 2 also made reference to or used songs from this record.

Side one kicks off with their most infamous tune - “Blister In the Sun”. That opening guitar progression followed by the tat-tat tat-tat of the drums is iconic. As soon as I hear it, I’m immediately in a better mood and ready to sing along with Gano as if the words were scrolling across my eye-line with a little bouncing ball. But really I could do it without the scrolling words - I know them by heart. I like the added touch of the verse that is sung softer, in sort of a hushed way, only to come back louder and stronger in the chorus.

Next up is “Kiss Off” with its middle finger in the air sentiment. I like how this one builds up from a slow opening. The guitar work is very interesting - sort of chaotic on the surface but with a true purpose buried underneath. The list is great touch too, especially eight (“…I forget what eight is for…”).

“Please Do Not Go” presents the pleas to a lover to stay even after finding another. Would his profession of love get her back? This is the dilemma with which he struggles. Again, the blend of two guitars and drums make for a simple but effective arrangement.

“Add It Up” is a song of frustration; the method Gano used in the lyrics to express that was quite original. It certainly was the first song I had ever heard to sum up things in just that way. Things might have turned out differently if he had been just show the simplest sign of affection, eh?

The side ends with “Confessions”, a slower song. It has a blues spin to it musically, but with torment filled punk vocals. You can feel Gano’s loneliness and desperation. It has a lot of similarities to a Doors song, which is a great compliment.

Side two begins with “Prove My Love” and that enveloping guitar-drum sound that is familiar by this point in the album. I like the backing vocals by the other two guys on this one, adding a nice harmony counter point to the lead vocals. If the Beatles had been an act that formed in the punk era, they could have sounded a little bit like this. “Promise” has a similar air as well. The lyrics though are definitely those of the troubled youth longing for some meaning in their life.

“To the Kill” has an irregular rhythm to it, which is a nice change after the run of the earlier songs that seem to follow a particular form. The disarray in the music mirrors the sentiments of the lyrics. The combination works.

“Gone Daddy Gone” adds a xylophone sound to it, again not something one would have expected given the first eight songs on this album. The surprise makes the song work very well for me. The album concludes with “Good Feeling”, another slower number.

My first exposure to a number of these tracks was from listening to the local college radio station during my senior year of high school. I found they were also popular at the college I went to in the Fall of ‘83. I can see why this album was so popular as the songs were the perfect angst anthems for a new generation.
Posted by Martin Maenza at 5:11 AM

Very great review here! This album seems to invade my backyard on sunny days in warm weather. The VF certainly found an original spot in music, when at the time big beats were in order. Instead, they held true to the roots of original folk blues rock.