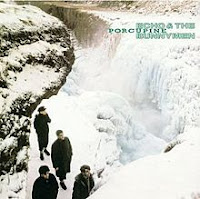 Released on February 4th of 1983, Porcupine was the third studio album from the British band Echo & the Bunnymen. Despite poor reviews, it did very well on the UK charts, reaching number two. Over in the US it only reached number 137 on the Billboard Hot 200 charts.

I have to admit that this was my first listen to this particular album. It was next up on the section I was working off of in the “1001 Albums You Must Listen To Before You Die” list. Since I like the band and was well acquainted with the first track, I thought I’d do a first-impression review of this one. We’ll see how it goes.


Side one starts with “The Cutter” with which I am very familiar; it is on an 80’s New Wave compilation set I own. I love opening strings on this one and how that musical arrangement returns later in the song too. It gives it a very distinctive sound. I also like Ian McCulloch’s vocals, the way he turns the phrases.

“The Back of Love” has an urgent beat to it that gets you into the song right away. The lyrics are intriguing - the idea that someone is breaking the back of love. Not the heart, the typical symbol of love, but the back - the support structure that allows one to stand tall. It gives a whole new imagery to things.

“My White Devil” begins with some odd instrumentation, but that sets the tone. It is another song about troubled love (I’m sensing a theme forming). This one has some very interesting sounds all through out that keep your attention.

“Clay” poses an interesting question up front. “Am I the half of half and half, or am I the half that’s whole?” It is a song that questions a relationship and whether both parties are up for all it entails. From the way the song goes, the answer is probably not.

“Porcupine” ends the side with another dark-sounding opening. It is the harbinger of equally broody lyrics. I have to say, I’m not a big fan of this kind of music unless I’m in just the right mood for it - and even then I don’t like to be in that mood for long. It does pick up a tad near the end, but too little too late for me. It is easily my least favorite on the side.

Side two starts with “Heads Will Roll”. I like the opening guitar chords and how the rest of the instruments join in. It sounds a little like track one on the first side. Upbeat music is good at offsetting downer lyrics. “Ripeness” carries on with that pattern as well. If I’m going to listen to lyrics of this nature, it really helps if the music is engaging as these two songs are.

More odd instrumentation at the start of “Higher Hell” but it clears out quickly. The lyrics on this one, while still introspective, are a bit more interesting. And I can follow them clearly which is a big plus in my book for a first time listen.

“Gods Will Be Gods” musically stands out due to its changing rhythms, getting faster as the song progresses. I like that - it changes the rules from the rest of the record.

The album ends with “In Bluer Skies” which I’m kind of hoping for at this point in the record. It does seem to be delivering just that. Like the parting clouds after a heavy, emotional storm, this song closes the album with the hope and optimism of better times to come.

So, all in all, not a bad record really. It is one of those that I think I would get more out of with additional plays. There are a couple tracks, at the very least, that I’m adding to my download-soon list.
Posted by Martin Maenza at 5:12 AM

once again you've been able to convince me to purchase another album that I don't have. I'm a fan of "The Bunnymen" and I'm always impressed to see how many ways they can re-invent their sound. This should be interesting. Thanks again dear.

You are most welcome, Rosemarie.

As I noted at Liz's site I'm one of those people who really loved this record at the time; but then I'm a sucker for the portentous and over-the-top. I've also always liked Ian MacCulloch's voice.

Thanks for the comments and for reading. Glad to have you on board.