Tom Petty and the Heartbreakers - Long After Dark 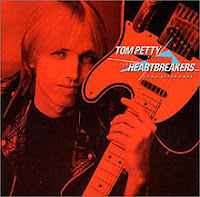 Today (November 2nd) marks the thirtieth anniversary of Long After Dark, the fifth studio album from Tom Petty and the Heartbreakers. As the first album by the group to feature Howie Epstein on bass and backing vocals, it charted at number 9 on the US Billboard Hot 100, number 25 in New Zealand, and number 45 in the UK.

Side one opens with "A One Story Town" which found a home all the way at number 15 on the US Mainstream Rock chart. The lyrics have that tale of frustration living somewhere that nothing ever happens. With a driving rhythm, this one is good to play while cruising down the highway to get away with no particular destination in mind.

With a popular video on MTV, the first single "You Got Lucky" was propelled to number 30 in Canada, number 20 on the US Billboard Hot 100 and number 1 on the Mainstream Rock chart. This one has a prominent synth riff played by Benmont Trench that makes it memorable in my book. A note to all sci-fi geeks, the music video opens with Petty and Mike Campbell arriving in a "hovercar" used in the short-lived Logan's Run television series from 1977.

"Deliver Me" wears its heart on its sleeve.

The single for "Change of Heart" went to number 36 in Canada, number 21 on the US Billboard Hot 100 and number 10 on the Mainstream Rock chart.

"Finding Out" closes the side with a pedal-to-the-medal rocker, driven by Phil Jones’ drumming. I like the distant vocal harmonies by the rest of the guys in the background on this one.

Side two starts with "We Stand a Chance", another strong performer on the US Mainstream Rock chart (it went to number 37 there). The guys change things up a bit on this love song with Petty taking over lead guitar from Campbell while Campbell plays the organ.

"Straight Into Darkness" goes for a little more atmosphere musically to reflect the feelings of despair in the lyrics.

"The Same Old You", a song about one’s true inner self, has a bit of an old-time rocking Rolling Stones sound thanks to the guitars. This is definitely a favorite deep track for me.

"Between Two Worlds", the B-side to the first single, peaked at number 35 on the US Mainstream Rock chart. Ron Blair stepped in on the bass for this one; it is most likely a track left over from his earlier tenure with the group.

"A Wasted Life" closes the album with a bit of tropical touch, a welcome change up from so many of the earlier tracks that sounded a bit too similar.

With Long After Dark, Tom Petty and the Heartbreakers continued the mine that blue-collar, heartland-rock sound that was working so well for them. For me, the group here sounds like they were sticking too close to the comfort zone with little experimentation and variety. Except for a few standout tracks and the hits, it is one of those records that I would be less likely to revisit often.
Posted by Martin Maenza at 4:30 AM

Great work as always; thank you for sharing your passion and talent with us.