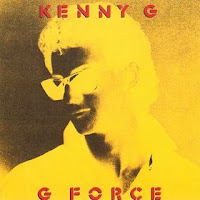 As with his first album, the vinyl release and the CD release of this one had differing cover art. Trying to keep things here on the blog as old-school as possible, I opted to use the original vinyl release artwork for this post. In my opinion, it has a more 80's feel to it.


Side one opens with "Hi, How Ya Doin'?", the first single from the record. By early 1984, this smooth track had peaked at number 23 on the US Billboard R&B charts and number 70 on the UK charts. It features singer Barry Johnson, some strong vocal harmonies and a funky bass line. I can easily see how this one could become a dance club favorite back in the day.

Unlike the previous track, Kenny‘s saxophone is very prominent on the instrumental “I've Been Missin' You". It is one of two tracks that were co-written by him and musician Kashif who also co-produced the album.

The other collaboration by the two is "Tribeca", a musical ode to the lower Manhattan neighborhood whose name comes from “triangle below Canal Street”. The mostly instrumental track has a cool city-at-night sound to it.

Side two begins with "Do Me Right", another danceable track that would have been right at home at the time on the R&B charts as well.

"I Wanna Be Yours" is next with the saxophone substituting for a singer. It gives the song a smooth, seductive sound.

Things slow down a bit with the picturesque "Sunset at Noon". This instrumental paints a lovely landscape of tranquility and calm.

The instrumental "Help Yourself to My Love" closes out the record on a bouncy, up-beat note.

G Force is a good easy-listening R&B/jazz fusion record that works for de-stressing after a long, exhausting day. It is also perfect mood music to play for a romantic dinner on this Valentine's Day.
Posted by Martin Maenza at 4:30 AM