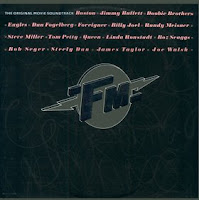 In April of 1978, Universal Pictures released a film about radio station QSKY, where corporate management enacts an advertising push that the station manager and on-air personalities do not buy in on. The protest quickly escalates when the deejays use the airwaves to stir up the listeners to join in the conflict. The cast of the film included Michael Brandon, Eileen Brennan, Alex Karras, Cleavon Little and Cassie Yates.

While many might not remember the film FM itself, they would certainly be familiar with the songs that appear on the accompanying two-disk soundtrack album. The tracks read like a who’s who of artists that were appearing on album-oriented rock stations at the time. This soundtrack album peaked in the top five of the US Billboard Hot 200, was certified Platinum by the summer of 1978, and won the Grammy Award for Best Engineered Album, Non-Classical.


Side one opens with Steely Dan and the title track “FM (No Static at All)”. As a single, this song hit number 87 in Australia, number 49 in the UK and number 22 on the US Billboard Hot 100.

Bob Seger and the Silver Bullet Band show us their “Night Moves”, the title track from their 1976 album Night Moves.

Foreigner provides “Cold As Ice”, a track from their self-titled 1977 debut album.

“Breakdown” by Tom Petty and the Heartbreakers was the first single off of their 1976 self-titled debut album (click here for that review).

Randy Meisner, a founding member of both Poco and the Eagles, is up next with “Bad Man”. This song was also released in 1978 on his self-titled solo debut Randy Meisner.

Side two kicks off with “Life in the Fast Lane” by the Eagles. The song first appeared on their 1976 smash album Hotel California.

Steely Dan is back to “Do It Again”, a single that appeared originally on their 1972 album Can’t Buy a Thrill.

Boz Scaggs has us doing the “Lido Shuffle”, from his 1976 album Silk Degrees.

Boston closes out this side with “More Than a Feeling”, their first single off of their 1976 debut album Boston (click here for that review).

Side three rolls in with a live version of Linda Ronstadt’s “Tumbling Dice”, a cover of the Rolling Stone’s song that first appeared on her 1977 album Simple Dreams (click here for that review).

Ronstadt then follows with a live version of “Poor Poor Pitiful Me”, a cover of the song written by Warren Zevon that also appeared on Simple Dreams.

Jimmy Buffett contributed an original tune to the record with “Livingston Saturday Night” which also appeared then on 1978's Son of a Son of a Sailor.

Dan Fogelberg first released “There’s a Place in the World for a Gambler” on his 1974 album Souvenirs.

Billy Joel’s “Just the Way You Are” came off of his 1977 album The Stranger (click here for that review).

Side four begins with the Doobie Brothers and “It Keeps You Runnin’”, a track that first appeared on that band’s 1976 album Takin’ It to the Streets.

James Taylor contributed “Your Smiling Face” which appeared in 1977 on his album JT.

Queen’s anthem “We Will Rock You” came from their 1977 album News of the World (click here for that review).

At the time FM was released, I was in seventh grade and just thirteen years old. Having an older brother who was seventeen at the time, I was certainly familiar with many of these songs as album-oriented rock was something he listened to almost exclusively. For anyone like me back then, this soundtrack album would have been an excellent introductory sampler to the musical buffet that was available on those kinds of stations at the time. Checking my digital music library, I actually had sixteen of the twenty tracks - many from their original sources. Many of these tracks remain staples of classic rock stations to this day, showing how much of a legacy those FM stations of the 1970’s have left us.