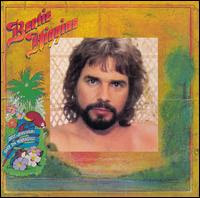 It was the winter of 1982 and I was in my Junior year of high school at the time. I was all about listening to the radio in my room while working on homework or dabbling in writing fiction on my electric typewriter.

There was a song, inspired by a classic film starring Humphrey Bogart and Lauren Bacall, that was climbing up the US pop charts at the time. Of course, I am referring to "Key Largo", the soft-rock hit by Florida singer/songwriter Bertie Higgins.


The song was from Higgins' first major label release (and his only Top 40 album to date) called Just Another Day In Paradise, released on February 2nd of 1982. I really liked the lyrics of that first hit, the way he weaved the story through the song, enough so that I took the chance and bought the album at our local smalltown record store. I didn't have much competition for it - most people my age group were listening to hard rock or new wave. This album was too "pop" for them. But even then I had a broad sense of musical tastes.

And while I liked the album then, I can really appreciate it even more now as an adult. It certainly did well on the adult contemporary charts back in 1982.

Back when I had this on vinyl, I mostly concentrated my listening of it to side one. This was the side that had the title track "Just Another Day in Paradise" (a tropical set love song), "Casablanca" (another film inspired track), "Candledancer", the aforementioned "Key Largo" and "Port O' Call (Savannah '55)", a song with a very odd twist to it (I won't spoil it if you've never heard it before).

Together these five songs seemed to work well with an overall theme of sorts. It made for an enjoyable listening twenty minutes, one that transported the listener to another place far away. That was perfect for me - I could pop this on my stereo, put on the headphones, lie on my darkened bedroom and feel like I was thousands of miles away from those cold, snowy western NY winters.

Side two got less play back then, but I've come to appreciate these songs a bit more now that I have all the tracks on mp3 for my iPod (thanks, emusic.com). "White Line Fever" was co-written with his producer Sonny Limbo. This was followed then by "the Heart Is the Hunter", "She's Gone to Live on the Mountain", "Down at the Blue Moon" and "the Tropics". I'd lump the first, fourth and fifth tracks of this side with the first side of the album to make a solid thematic record. The other two are a bit more weaker tracks, as far as my tastes go.

If you're looking for something forgotten from the soft-rock/pop vaults of the early 80's, I'd offer this one up for a listen. I know with Internet listening like GrooveShark, Spotify or Pandora that you can find just about anything and everything. Who knows, you might actually find this an album you would like if you give it a try.
Posted by Martin Maenza at 5:58 AM

Huge fan of this album - I thought I'd share a piece I recently wrote on it - http://popdose.com/beyond-the-wonder-just-another-day-in-paradise/

Thanks, Chris. I will go check out your review.

Nice. I forgot about Bertie. Thanks