Book Review: The It Girl 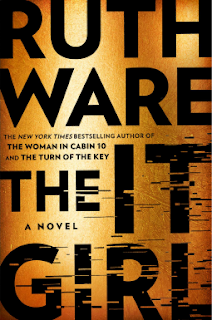 April Clarke-Cliveden was the first person Hannah Jones met at Oxford. Vivacious, bright, occasionally vicious, and the ultimate It girl, she quickly pulled Hannah into her dazzling orbit. Together, they developed a group of devoted and inseparable friends—Will, Hugh, Ryan, and Emily—during their first term. By the end of the year, April was dead.

Now, a decade later, Hannah and Will are expecting their first child, and the man convicted of killing April, former Oxford porter John Neville, has died in prison. Relieved to have finally put the past behind her, Hannah’s world is rocked when a young journalist comes knocking and presents new evidence that Neville may have been innocent. As Hannah reconnects with old friends and delves deeper into the mystery of April’s death, she realizes that the friends she thought she knew all have something to hide…including a murder.

The It Girl, the latest novel from New York Times bestselling author Ruth Ware, comes out on July 12, 2022. Galley Books provided me an early copy in exchange for this review.

We read Ware's Turn of the Key for our book club at the library last year. I had chosen that one because it was a contemporary thriller. Having enjoyed it, seeing this upcoming release quickly garnered my interest.

Ware has a knack of putting twists in her tales, something fairly common with the thriller/mystery genre. What I like about her work in particular is that she is very good at leaving breadcrumbs throughout the story so that when the revelation finally comes it is not out of leftfield. She clearly worked to get a conclusion that is logical and satisfying.

The book is written in a flip-flopping style of before and after. The before, told in past tense, sets up the backstory; the after, told in present tense, deals with the fallout. It is an effective narrative style that works well for this kind of tale. I particularly enjoyed the before chapters as they dealt with the characters as university students at Oxford.

I can see The It Girl turning up on a lot of summer and fall reading lists.

Posted by Martin Maenza at 6:39 AM